James, surrounded by his loyal Victoria's Secret friends, spoke to how he goes about photographing the Angels in the current social climate. 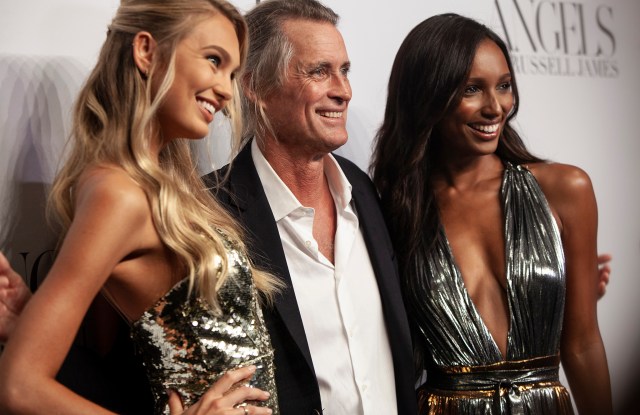 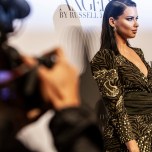 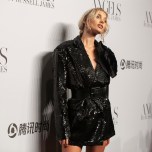 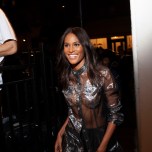 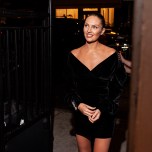 “I just filmed that a– and said it was yours, is that true?”

Lais Ribeiro was in the middle of recounting her recent trip to Burning Man when Toni Garrn approached, inquiring about one of Russell James’ nude portraits on the wall behind them.

The backside in question was, in fact, not Ribeiro’s but Jasmine Tookes’.

“Is it not?” Garnn said, when Ribeiro broke the news to her. “I’ll delete it. I should’ve known — yours is much nicer.”

But, back to Burning Man.

“It’s my third year going. I think it’s nice to be there and to be open to so many things and come back here and have a different mind about many different things that I need to think about,” Ribeiro said.

Both models — and Tookes too, for that matter — had come down to an event space in the West Village for the launch of famed Victoria’s Secret photographer Russell James’ latest book, “Angels,” at a party hosted by Cindy Crawford and Candice Swanepoel.

“He’s always been there for me — even though when I started and I didn’t speak any English, I didn’t understand what he was saying, but I felt really comfortable with him around,” Ribeiro said of her relationship to the photographer. “I’m very excited to see my picture.”

“With Russell, you get to an amazing shoot and it’s really nerve-wracking but he’s like your brother — you feel at ease next to him,” Swanepoel said.

Skriver was fresh from Shanghai, where she walked in Tommy Hilfiger’s show. “That was the first show [of the season],” she said. “So yeah, I’m landed!”

The new Maybelline spokeswoman said her partnership with the beauty brand has her locked down all week. “That was my first mascara I ever bought as a kid. It’s crazy that they were the ones who booked me,” she said.

As the models walked the step and repeat, Donna Karan arrived to greet her friend, pointing to various framed photographs on the wall and shouting out, “Love!”

“Russell is my partner in crime,” she said. “Russell came to meet me through a girlfriend of mine, Lisa Fox. And I saw his book, and I fell in love. He wanted me to come to Australia. The Russell that I’ve connected to is someone who travels the world. He wanted me to go to the Outback and I said, ‘Only if you come to Haiti with me.’ So we made a deal; I went to the Outback — and I’ve been to the Outback many times with Russell. We’ve had the most extraordinary times together. And he tells me, ‘Donna, no matter what you do, watch out.’ So we go into this cave in the Outback and I pick up this bone and I walk out and I break my arm. And I had to be flown back — it was crazy. Russell and I have had many stories together.”

James’ last book, “Backstage Secrets: A Decade Behind the Scenes at the Victoria’s Secret Fashion Show,” was celebrated this past June.

“It’s like with the music industry, you’ve got your whole life to make your first album and you’ve got six months to make your second,” James said of the back-to-back releases.

The idea for the “Angels” book came four years ago when he was showing at a gallery.

“Elsa Hosk and Stella Maxwell said to me, ‘You know, we’re a little disappointed,’ and I was devastated — I was like ‘why?’ And they were like, ‘Because we’re not in it!’ I was like, ‘OK, good point!’ So I started working on it,” he said. “And of course we’ve been through massive social change in the last few years, so it was also reflecting on that, on why would we do that in this climate. So it was really driven by the girls; that whatever is happening socially is really about not banning this genre that is about them choosing what they’re doing and what they do it for.”