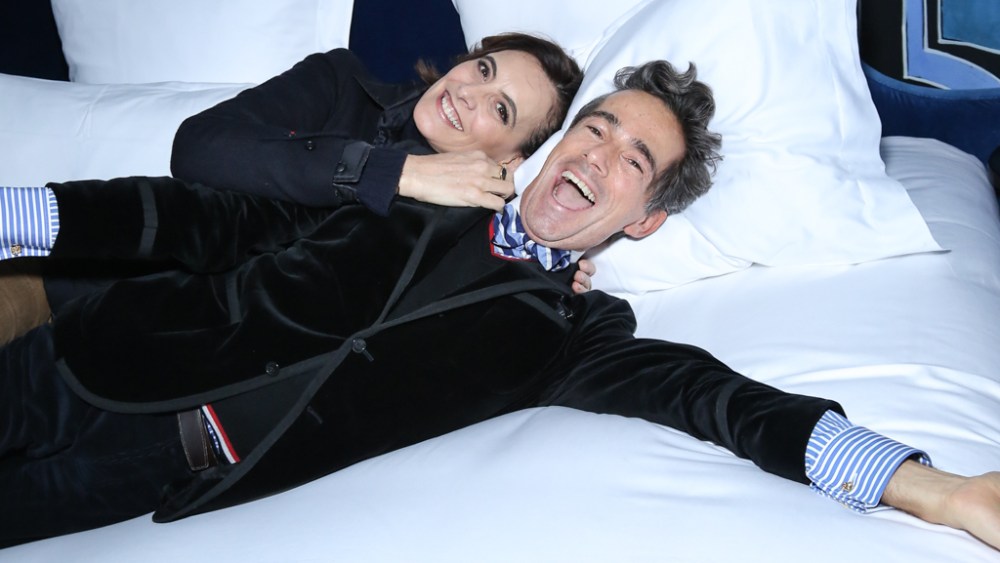 De la Fressange snapped photos of the suites, while McMenamy tested the bedding.

“I play an actress in the Forties,” Casar told WWD. “The costumes are very beautiful. They were created by Anaïs Romand, with whom I had worked on ‘Saint Laurent.’”

Meanwhile, McMenamy is off to Norfolk, England, for the holidays with her family.

“We are always very numerous. I cook. It’s very relaxed,” she said.

“I really like the colors and the wallpaper,” said Bukey, who’s jetting to New York for the holidays. The Paris-based jewelry and accessories designer is also working on her next presentation slated for Paris Fashion Week in March.

Mahdavi recalled a party at Le Montana before it closed for renovation.

“Kate Moss and Marc Jacobs were there,” the photographer reminisced. “She called me ‘the cute boy.’ It made my day…my year.”

Mahdavi explained he used a technology, called mapping, for Dita Von Teese’s upcoming show at the Paris cabaret Crazy Horse. “It’s a new technique of video screening that adapts to the surface.”

Perrotin is traveling to Marrakech for the holidays. The gallerist with locations in Paris, New York and Hong Kong has an exhibition of Korean artists set for January in the City of Light.

“We’ll show the work of Terry Richardson in January in Hong Kong and of Izumi Kato in New York,” said Perrotin.

Of the hotel’s decor, Sitbon said: “It’s poetic and Parisian.”

Her favorite room is the Noir Métaphysique suite that features a dressing area with folding screens and a breathtaking view of Paris.

The Montana had opened its new hotel rooms and restaurant earlier this year. Darré worked with French architecture studio Bona-Lemercier on the project.