Charlotte Casiraghi, Anja Rubik, Edie Campbell and Arizona Muse were among the guests. 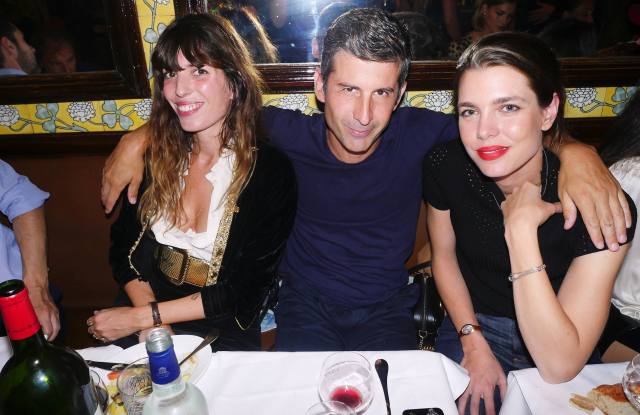 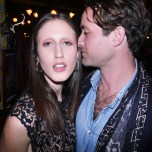 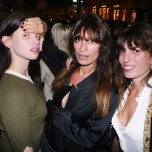 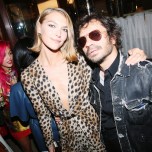 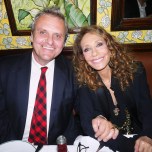 “It’s an evening of friendship and creativity. It’s eclectic. This is what we are,” said Ashkenazi, fresh from her show.

This story first appeared in the September 30, 2016 issue of WWD. Subscribe Today.

French philosopher Bernard-Henri Lévy literally had to walk over a table to get a seat in the crowded space. “I am tall,” he reasoned.

Lipp’s legendary unruffled waiters appeared overwhelmed by the hungry yet unruly fashion crowd table-hopping, seat-swapping and going outside for a drag on cigarettes. “It’s a pleasant mess,” said Rubik, who was wearing Haider Ackermann.

“Glasses really don’t suit me,” Doillon deplored, speaking to eyewear designer Thierry Lasry. “But hats do. I don’t know why. It is in the genes.”

“I loved the music at Rochas,” said Soko, referring to Vivaldi, which also figured in the movie “The Dancer” in which she stars that came out that same day. “I danced to Vivaldi for sixth months.”

“I am here working on a shoot for 032c magazine — a few things, and hanging out,” said Rihanna’s stylist Mel Ottenberg.

After dinner, some guests hit Le Montana, the nightclub a stone’s throw from the bistro, while others, including DJ Clara 3000 and rising model Dylan Lynch, crossed the Seine to head over to the Fenty x Puma after party at the jam-packed club L’Arc. Rihanna, who serves as women’s creative director of Puma, made a showing only in the wee hours of the morning.