After the MTV VMAs, Diddy's was one of several after parties that followed. 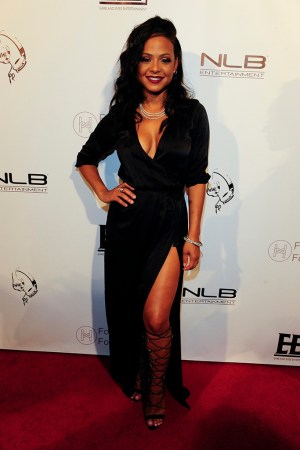 The MTV Video Music Awards tried their best to shock Sunday night. Miley Cyrus performed with a cadre of drag queens from “RuPaul’s Drag Race”; Nicki Minaj made up with Taylor Swift during a joint performance and started a brand-new cat fight with Cyrus; Justin Bieber cried, and many, many celebrities turned up in little to no clothing at all. What else is new?

After the last Moonman was handed out — Swift took Video of the Year for “Bad Blood” — the stars made their way to various after parties around Los Angeles: Jeremy Scott and Adidas Originals at Union Station, Republic Records at Ysabel and Diddy’s party at Supperclub.

The rapper was the veteran host of the evening. As Ja Rule put it,  “Diddy has been the party king since forever, like 1988.” That would be longer than some attendees have been alive.

Among those on the list for his blowout were Wiz Khalifa, Karrueche Tran, T-Pain, NeNe Leakes and Christina Milian.

“He’s crazy,” said Milian of the host. “The man jumps into pools at his kid’s party. It’s the one you want to go to. He’s always been very festive.”

Taking a page out of Diddy’s book, Shad Moss, the artist formerly known as Bow Wow, showed up wearing his own clothing label, Asphalt Yacht Club.

“Puff always teaches me that self-branding is everything, and if you’ve got it, wear it,” he said. “Another thing I learned is to leave an impression on the crowd. If it’s your party on the flyer, the people want to see you. You have to set the tone.”

Kenya Moore said the Girl Power message of the show resonated with her most: “I think we should all support each other. It’s not easy out here.”