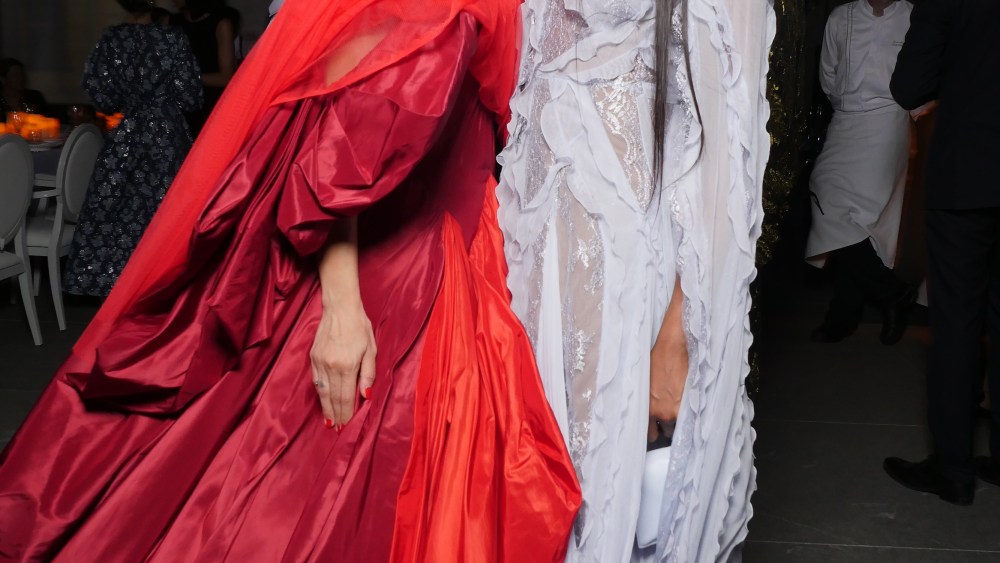 DOHA, Qatar – “It was a dream that someday we would get Vogue into the region, but never in a million years did I imagine I would be at the helm of it,” Princess Deena Aljuhani Abdulaziz said at a party to celebrate the launch of the world’s 22nd edition of Vogue last weekend.

The Saudi royal and retailer-turned-editor, who has had deep ties to the fashion industry for many years, invited her friends from both the fashion and entertainment worlds to Qatar to celebrate. She wore a custom-made Zac Posen gown and added a scarlet headscarf, a demure nod to the Arabian culture.

Guests included Lauryn Hill, who had the crowd dancing as she performed her classic hits like “Everything is Everything,” “That Thing” and “Killing Me Softly.” Many guests, including Farida Khelfa and Sofia Richie, left their dinner plates behind to get closer to the stage to hear one of the reclusive singer’s rare live performances.

Naomi Campbell, wearing Ralph and Russo, dined next to Condé Nast International chairman and chief executive officer Jonathan Newhouse, with whom she shared a few selfies over the course of the evening.

Designers Peter Dundas, Olivier Theyskens, Paul Andrew, Delfina Delettrez Fendi, Noor Fares, Laudomia Pucci, Guram Gvasalia and Zuhair Murad were part of the festivities. Richie, fresh off a flight from Los Angeles, said it was her first visit to the Middle East and she was planning to spend a few days unwinding in the desert after the party. “I’m excited to explore. I have a few friends joining me here this weekend as well,” she said.

Angelica Cheung, editor in chief of Vogue China, and Vogue Italia’s Sara Maino also supported the launch of the newest edition of the magazine.

The I.M. Pei-designed Museum of Islamic Art provided a dramatic backdrop to a light show that beamed the magazine’s inaugural cover, featuring Gigi Hadid in a veil, across the building’s walls. The party was co-hosted by Place Vendôme Qatar, an upcoming multibillion-dollar mixed-use development.

The international guests were treated to a local tour over the weekend following the gala and had a chance to visit the massive real-estate project. “I hope everyone leaves with a meaningful memory of Arabia,” said Abdulaziz. “I feel the job Vogue Arabia is to bridge east and west and show what we share, rather than what sets us apart.”