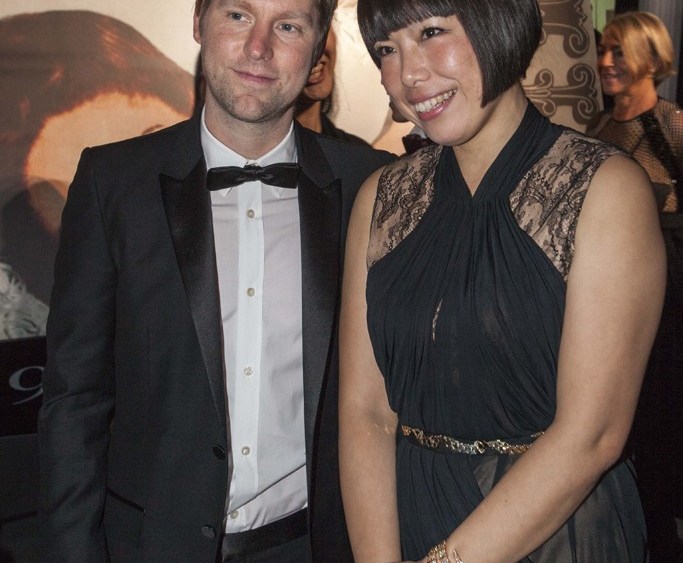 Vogue China paid tribute to the 120th anniversary of its American parent with a gala that would have been unthinkable at its own launch seven years ago.

“It’s changed here tremendously. Seven years is like the experience of several generations for me here. What took Europe 70 or 80 years, took China only seven,” said an exuberant Angelica Cheung, editor in chief of Vogue China and arguably the Chinese fashion industry’s best-known face, with her trademark asymmetric haircut. “In the last two or three years, it’s been going beyond the magazine to have more influence, to encourage East and West discussion, and especially to help Chinese designers become more international, more aware, more sophisticated and more experienced.”

A guest list of both homegrown and international stars made their way to Beijing’s Park Hyatt on Tuesday night for a Champagne reception and an elaborate multimedia exhibit documenting Vogue’s history in China and abroad. A private four-course dinner followed.

The gala marked years of dramatic change in China’s own fashion industry, as well as the upper class’ awareness of fashion abroad. Many of the models in attendance have been to China multiple times in their careers; it’s also become a focus of young designers.

“Especially now [China] has their own Vogue and now that India has a Vogue, Asia is definitely heading up there,” said Stam, who along with her counterparts braved single-digit temperatures for the photo calls and outdoor reception, which was warmed by propane heaters and mugs of hot tea alongside the Champagne flutes.

“It’s really making a statement about the global market, and China is most important,” said Murphy. “The exhibition tonight is a telltale of just how strong this market is.”

Wu made a similar observation. “I think it’s certainly one of the most exciting places in the world and in fashion in particular….They certainly don’t do it small,” said Wu, whose family has roots in both Beijing and Taiwan. “It’s always really fun to be here and it’s just very glamorous. Look at all of this — this is a great example of how far China has come in terms of its fashion.”

“Vogue China has always been a support for our local young designers and I think they have created a very international platform for us,” said Qiu Hao, one of an increasing number of young Chinese designers who honed their craft at London’s Central Saint Martins College of Art and Design before returning home to Shanghai. His eclectic designs are featured in both Vogue China’s November edition and the exhibition. “I think in the next 10 years nothing is impossible, but we still know we have a lot to learn.”