A bevy of stars descended upon the city last weekend to help celebrate the first Vogue Fashion Dubai Experience at The Dubai Mall. 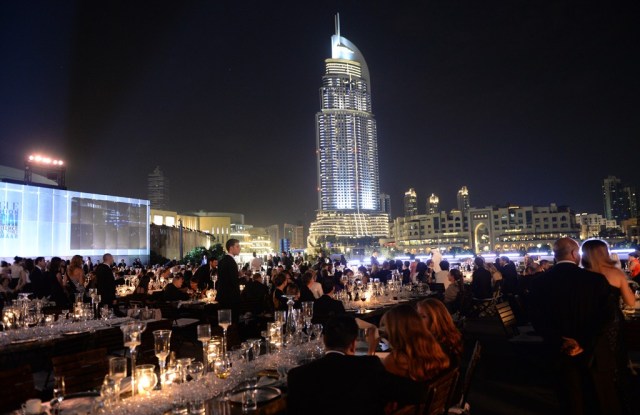 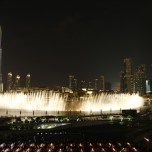 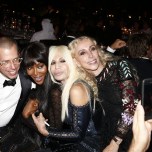 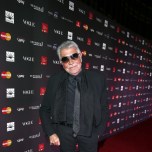 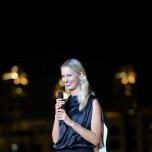 The daylong event raised $5 million for Dubai Cares, a charity benefiting children in Africa. The Fashion Experience, which included a runway show of emerging local talent, as well as events throughout The Dubai Mall, culminated with a dinner and auction on the steps of the Burj Khalifa, the world’s tallest building. “Giving away is the new luxury,” Sozzani was frequently heard saying as she implored guests to reach into their pockets. Throughout the night, celebrities took to the stage to help auction off special experiences.

Kurkova showed off her auctioneering skills as she raised $100,000 for an invitation to a celebrity-studded party for IWC Schaffhausen in New York, with flights, hotel and personally being escorted by her. She even promised introductions to the likes of Robert De Niro.

Opera singer Vittorio Grigolo serenaded Campbell, ending the night with an impromptu auction of his shirt, which fetched $40,000. “Artists are used to being naked when we perform, so I can do without it,” he said with a laugh.

Cavalli, a frequent visitor to Dubai, said he would not have missed this event because Sozzani is “a little woman with such a big heart.”

RELATED STORY: Emaar Properties Sets Expansion in Dubai and Beyond >>