Riccardo Tisci was the creative director of the event.

By Luisa Zargani and Alessandra Turra on September 23, 2017
View Slideshow 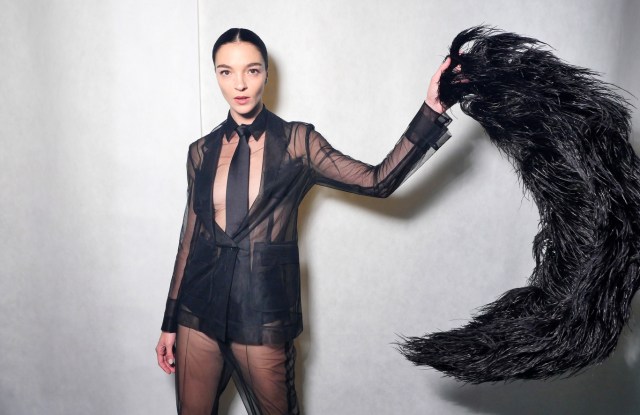 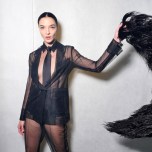 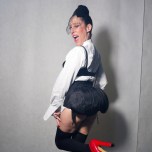 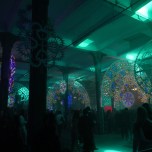 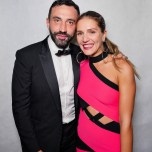 TAKE YOUR PICK: Riccardo Tisci, creative director of the event, mopped his brow as well-wishers surged the VIP area and the party heated up. “It’s so hot in here,” he sighed.

Besides conceiving the sprawling party — replete with barber chairs, festival lights, a pole dancer and stacks of rubber tires — the designer has been working on multiple projects with Nike, including an NBA-related one.

Asked to choose between the three religious locations, Alberta Ferretti opted for Purgatory: “I’d be stimulated to improve, while in Paradise, that’s it, there’s nothing more to do or learn.” In contrast, Silvia Venturini Fendi saw Inferno as a much “more fun” place.

A new beginning? “Every time you free yourself from prejudice,” said Marco de Vincenzo. As for his own Paradise, he sees it at the seaside. “To wake up with the sea in front of you. Paradise would be to bring real people in the place of your dreams — at the beach.”

“I think it would be interesting to see Purgatory,” said MSGM founder and creative director Massimo Giorgetti. “In my head it is a place where all your mistakes become huge objects surrounding you… they include all the bad past collections and the style fiascos.”

“I definitely want to go to Paradise,” said Philosophy’s creative director Lorenzo Serafini. “I imagine it as an endless beach… I mean, the only thing I’m dreaming about since I got back from vacation is to take another holiday.”

Paul Surridge, who had debuted his first collection for Roberto Cavalli earlier in the day, said “to be at peace with oneself” was Paradise. “This brings freedom.”

For Angela Missoni, it’s always a new beginning. “I never look back, but always ahead of me, I like all that is new,” she said.

As crowds gathered outside the venue trying to get in, guests were entertained by Sky Ferreira, Primal Scream and the DJ set Seth Troxler and Jamie Jones.