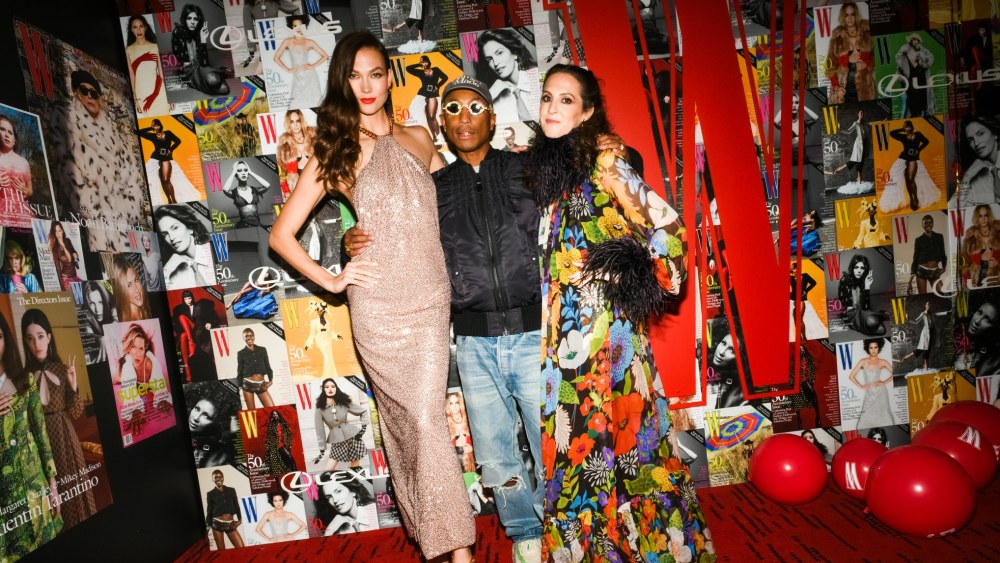 No 50th birthday can go by without a serious celebration. On Wednesday evening, W Magazine’s editor in chief Sara Moonves hosted a ’70s-themed bash at Shun Lee West (home to many a W Mag party as of late), surrounded by a disco-decked crowd of celebrities, editors, fashion personalities and more.

The Lexus sponsorship hit strongly from the moment one arrived on the sidewalk, where a giant glowing box sat holding a shiny Lexus. (It was a photo op? Maybe?) Inside, the Upper West Side restaurant was cast in red and black decor, with red balloons and streamers floating near the ceiling and, yes, another Lexus-branded step-and-repeat moment awaited guests.

Kloss, who is a co-owner of W Magazine, held court in one of the lower-level booths, where stacks of Chinese food in takeaway cartons and wine glasses littered the tables. Dobrev and Ratajkowski pouted for the camera (a friend’s, not an official photog, of course) while Kirke was lost in a groove on the dance floor with Cass Bird to Donna Summers’ “Bad Girl.”

Feathers were falling on the ground from various ensembles, the air smelled of hairspray from the many teased-out styles and nearing 11 p.m., the night showed no signs of slowing.