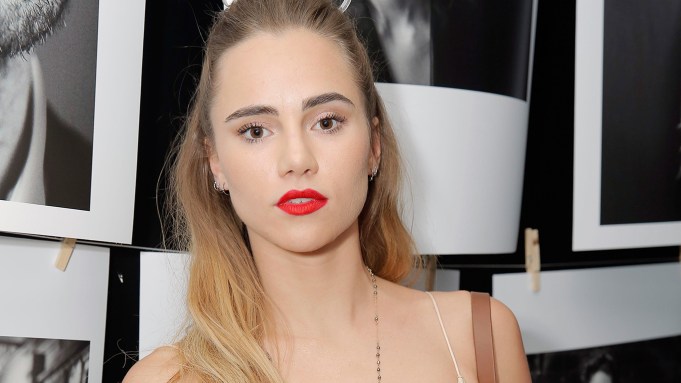 You know a party is a hot ticket when guests show up before the start time printed on the invitation. Such was the case at W magazine’s annual Best Performances event, held Thursday night at Chateau Marmont. Among the early arrivals were directors Adam McKay and John Crowley, artists Catherine Opie and Francesco Vezzoli, and past W “It” girl Mary Elizabeth Winstead. “Wow, we thought we’d beat the crowds by coming early but it seems as if everyone’s caught on,” she said of the punctual throngs crowding the penthouse.

Globes-nominated actresses Cate Blanchett, Brie Larson and Saoirse Ronan soon arrived, followed by Gael Garcia Bernal and Jacob Tremblay, who was definitely the youngest guest at the party. This year’s decor had a darkroom theme, with red lights and black-and-white prints of Peter Lindbergh’s portraits clipped to lines with clothespins.

Alicia Vikander found herself in the eye of the storm, swarmed by everyone from Lindbergh to Quentin Tarantino. “I just arrived in L.A. and I still can’t wrap my head around it,” she said. “But I’m excited my family is coming in tomorrow so I’ll have my mom and dad with me at the Globes.”

Enjoying the scene from a sofa by the fireplace, “Downton Abbey” star Joanne Froggatt sighed in mock horror, “Two parties at the Chateau, what an awful life. We had so much fun last year, of course we came back.”

“Rooney, have you met Quentin?” Lynn Hirshberg asked the actress as she was making her way out of the party. “I’m late, I’ll say hi,” she replied.

Meanwhile, a handler introduced Kirsten Dunst to “Son of Saul” director László Nemes. “Have you seen ‘Fargo Season 2’?” she asked of the series for which she’s nominated. When he answered in the negative, she joked, “And…we’re done. Nice talk.”

As a contingency for the rainy weather, W commandeered two other suites on the sixth floor to accommodate overflow from the terrace. It took guests a while to make their way down the postcard-strewn hall but a few, like Kristen Wiig, were happy to have more breathing room and passed hors d’oeuvres like sliders and pigs in blankets. “It’s like a frat party,” said Stefano Tonchi. Indeed, instead of waiting in the valet line to drive to the next party, Anthony Mackie and three pals decided to hoof it down Sunset Boulevard.