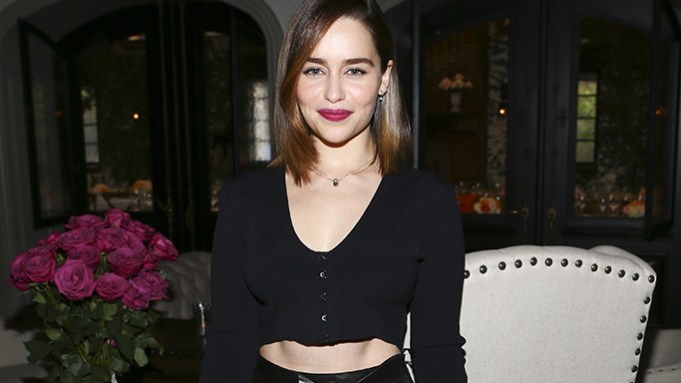 A coalition of actresses, artists, models and musicians gathered at AOC restaurant on Saturday for W Magazine’s “It” Girls lunch. It was a time for many of the young women to catch up with old friends, or meet new ones, which was the case for singers Kacy Hill and Kilo Kish.

“We’ve probably run into each other a lot but haven’t been fully acquainted,” said Hill. “I’ve heard some of her songs online,” said Kish, whose first album, “Reflections in Real Time,” drops on Feb. 29. “You want to wait until the right time, when the music is ready and when you’re sure of what exactly you want,” she said of releasing a record. “With art in general it feels like you are never finished, so when you set that day you’re like, ‘Oh my god, I can’t work on it anymore.’”

Hill, who’s finishing an album, agreed. “The minute you tell someone, it’s your ultimate decision and there’s no going back.”

For the actresses, it was a chance to talk up their new projects. Margaret Qualley has “The Nice Guy” with Ryan Gosling and Russell Crowe; Devika Bhise stars in “The Man Who Knew Infinity” with Dev Patel and “Shambhala” with Jonathan Rhys Meyers; Bel Powley stars in “Carrie Pilby.” All the films are due in theaters in the next few months.

Chanel Iman, who made her acting debut in “Dope” last year, said she was eager to act more. “I’m praying to God every day that I book something amazing and blow people away,” she said as she ducked to avoid one of the live trees planted in the courtyard. “I’m so tall I have to watch out. Last year my hair got stuck in it.”

Isabelle Fuhrman, who was once the youngest actress at these events — this year’s honor went to “Girl Meets World” star Rowan Blanchard — has grown up so much Leonardo DiCaprio didn’t recognize her.

“I ran into Leo last night and was like, ‘Do you remember me?’ I haven’t seen him since I was 12.” DiCaprio cast her in her first film, “Orphan.” “He’s the only reason I have a career. He saw my tape and fought for me to do it. He was like, ‘Did we ruin your life with that movie? Does everyone think you are scary now?’”