W Magazine rounded up a class of young creatives — models, stylists, writers, singers — for a dinner hosted by Simon Malls at Casa Apicii. 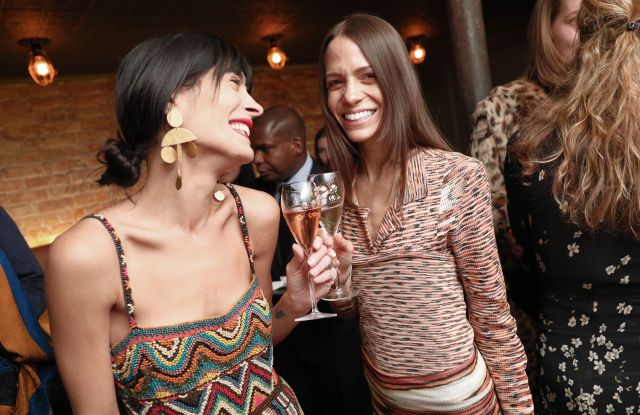 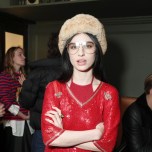 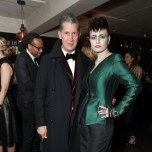 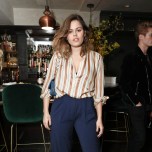 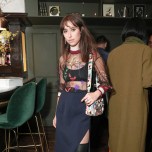 It may have been the night before a snowstorm, but Simon Malls still managed to round up a crowd.

“We have the most incredible collection of beautiful, stylish, glamorous, intelligent, innovative creative people here tonight,” said global creative director of Simon Malls Chidi Achara, speaking at Casa Apicii in the West Village before a dinner hosted Wednesday by W Magazine and Simon Malls, who teamed up for a model scouting search last year. “Scouting agencies have been in our malls for years trying to track down beautiful young women across America, so we figured we might as well jump on that bandwagon,” Achara added.

Many of the usual suspects, many already scouted, were in attendance — Maria Borges, Garrett Neff, Mia Moretti, Chloe Wise, Tali Lennox — while the designer contingent was largely absent, likely attending to more urgent matters the day before Day One of New York Fashion Week (aka, their fall collections). Zoe Latta and Mike Eckhart of Eckhaus Latta departed during cocktails, while Brett Heyman and Aurora James managed to stick around through the dessert course. Each attendee was greeted by a gift card on their dinner plate. “We encourage you to come to one of our malls,” Achara added — unlikely, given the Millennial makeup of the room.

“What I like about dinners is, I like going when I don’t know who I’m going to sit next to,” remarked Lennox, who had just arrived in town from Los Angeles and came prepared for the inclement weather with a towering fur hat perched atop her head. The model and artist, who had a solo New York exhibit of her paintings in December, has also been venturing into film lately, with her first independent feature project coming out this spring. “It’s very quirky,” she said.