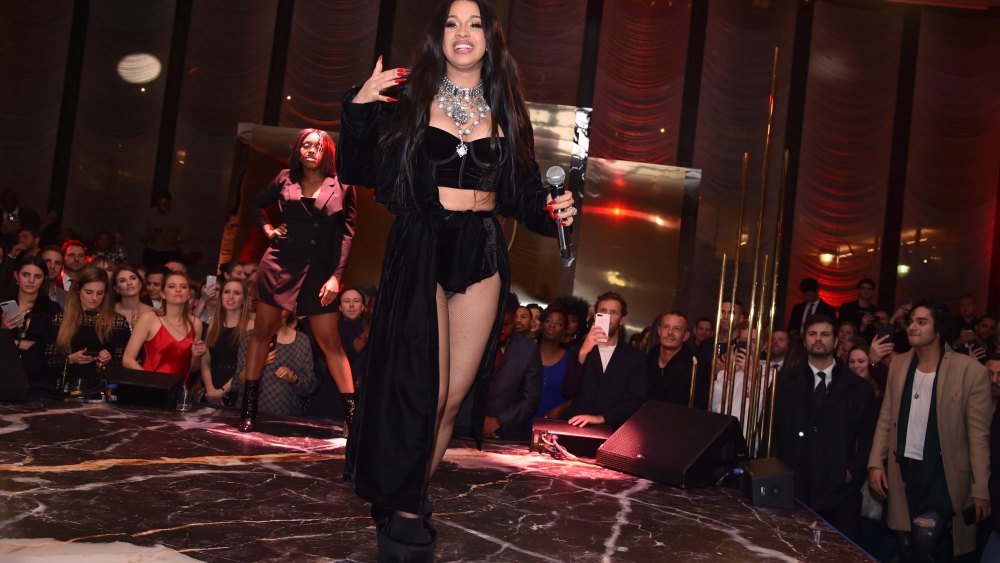 Now we know: The arrival of the Grammy Awards in New York equals more leopard print, gold-dipped palm leaves, executives in boxy suits — with their decidedly younger dates in decidedly more minuscule clothing — than the party scene is used to seeing.

If you haven’t heard, the Grammys have left the sunny enclave of Los Angeles and descended upon New York for the weekend, where the main event will take place at Madison Square Garden on Sunday. With that comes the usual stream of pre-awards parties, which kicked off Thursday night at the Grill Room where Warner Music Group threw its annual pre-Grammy party, this year featuring a performance by the musical act Warner executives are surely counting their blessings they signed: Cardi B.

The Grill Room’s usual carpeting had been replaced with leopard print, which matched the dresses servers were kitted in for the night. The New York media in the crowd struggled to identify much of the audience: it seemed as if nearly the entire restaurant was run with L.A. imports (aside from Cardi, a Bronx native herself).

Gucci Mane was swarmed by schmoozers as soon as he entered the VIP area. Ciara, Janelle Monáe, Ashley Graham, Rita Ora, Lil Uzi Vert, Ben Platt and Kelly Clarkson made their way into the venue ahead of Cardi’s performance. Fashion usuals such as Petra Collins, Alexandra Richards, Jordan Barrett, Winnie Harlow, Harley Viera-Newton and Mia Moretti were also on the scene.

“Everybody looks rich so I’m gonna watch what I say,” Cardi said from the stage. “It’s a Warner party so everybody here got a purpose, you know what I’m saying. Might find me an investor. What’s good?”

Taylor Kitsch, Inside the Mind of David Koresh