Politicians, Artists Turn Out for Art for Water Fete 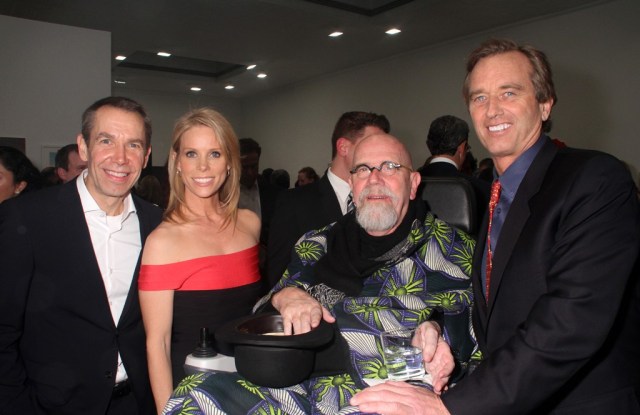 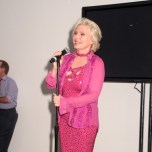 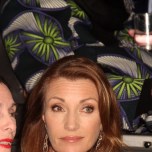 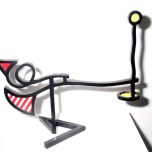 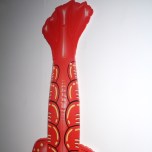 “I don’t really know anything about art,” Wendy Abrams cheerfully confessed from the podium at the Art for Water event in Chelsea on Monday night, “but this cause is close to my heart. I was in Selma, Ala., yesterday with Bobby’s sister,” Abrams went on, as Robert Kennedy Jr. climbed onto the stage behind her, “and we walked across the bridge with these Civil Rights leaders who were there, and John Lewis spoke about the movement and fighting and never giving up and I thought: ‘That’s what the environmental movement is — we’re changing laws and challenging injustices.’ We are the public who we’re protecting. It’s everybody’s issue, it’s our health, our water. The Waterkeepers are the salt of the earth and the ground troops.”

The audience at Matthew Marks Gallery on Monday night contained both longtime supporters of the Waterkeeper Alliance (including musical guest Debbie Harry, who has supported the cause for some 29-odd years — “the mighty Hudson!” Harry cheered with a loose pump of her fist before launching into a few bars of “Stormy Weather,” “What I Heard” and “Wipe Off My Sweat”) and some of the artists who co-chairs Kennedy and Jeff Koons had lobbied for works for the auction. There were 77 lots, including pieces by Koons, Dan Colen, Willem de Kooning, Shepard Fairey, Roy Lichtenstein and Jasper Johns. Dave Matthews had contributed some wine from “The Dreaming Tree,” his new wine portfolio.

Chuck Close, whose “John Chamberlain” painting took up a large part of the south wall and had an estimated value of $60,000, wore a bright batik print ensemble and a bowler hat. “I’m a big supporter,” Close said, midconversation with Cheryl Hines, “plus Bobby [Kennedy Jr.] is a hard guy to say no to.” Hines’ thoughts on the art? “I’m all about anything that evokes a feeling,” she enthused.

“Wendy [Abrams] says I’m fearless,” Kennedy said from the podium, “but tonight I’m filled with fear and trepidation. I had to call all these artists and ask them for pieces and I have this nightmare that they’re not going to get value for their work.”

Kennedy amiably hushed some partygoers. “This is a culmination of two very important parts of my life,” he continued. “Jackie [Onassis] and my uncle [President John F. Kennedy] taught us that great civilizations are judged by their artists, not the wars they fight or the people they elect. That’s what we remember, the heart, the soul. That’s the mark of its greatness, its art. After the American Revolution, we had to decide as a nation what it meant to be Americans, and we had a group of artists who came along and began doing something nobody had ever done before, these indomitable landscapes…where humanity was antlike, and what they were sharing was this idea that ‘you don’t have to be ashamed that you don’t have the history that Europe has. You have the land.’ Art and the environment are inextricably linked: nature is the infrastructure of our community. It’s not just the birds and the fishes. Artists search for universal truths. Nature is that.”