By Ericka Franklin and Marcy Medina on April 8, 2016
View Slideshow 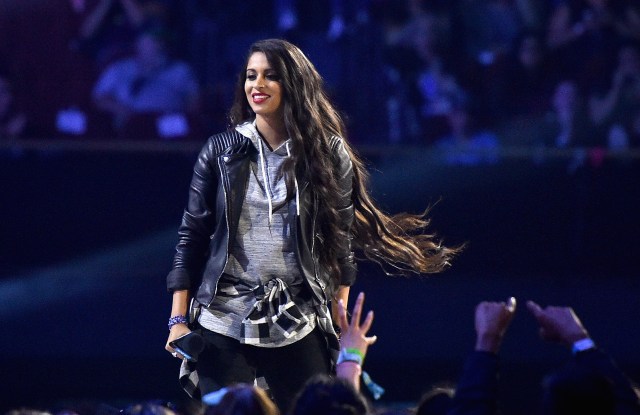 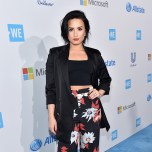 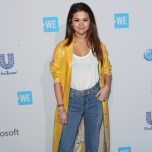 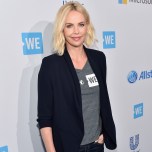 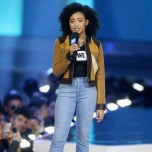 Hollywood stars were front and center for the kids on Thursday at WE Day California, part of the global youth empowerment and educational series. More than 16,000 students and educators from hundreds of local schools convened at The Forum in Inglewood, Calif., to take in performances by Selena Gomez, Demi Lovato and Big Sean, followed by panels with WE Day Honorary co-chair Charlize Theron, Seth Rogen, Lauren Miller, Joe Jonas, Zooey Deschanel and Kermit the Frog (the event is for kids, after all).

As a married couple Rogen and Miller took the stage to wild cheers, Rogen cracked, “I do feel like One Direction right now.”

“I think we kind of look like One Direction’s parents,” said Miller.

Theron took a seat to explain how growing up in South Africa amidst the AIDS epidemic led her to start the Charlize Theron Africa Outreach Project to aid affected families and to prevent the spread of the virus.

Also in the mix, Hollywood newbie Amandla Stenberg of “The Hunger Games,” who is biracial and openly bisexual, galvanized the crowd by speaking about tolerance. “Cultural exchange is a beautiful thing. But sometimes, people decide to pick and choose what aspects to celebrate and they do this while dismissing and hating on others and that’s not okay. That’s something called cultural appropriation…it’s something that a lot of people are talking about. Don’t be afraid to ask questions. Don’t tune out responses. Make a point to understand what people have gone through.”