Birkenstock may have sponsored the evening, but attendees at the annual Whitney Museum Art Party couldn't be tempted to abandon their heels for a night. 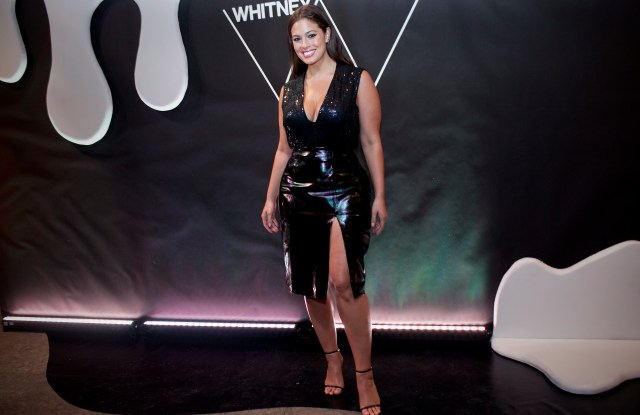 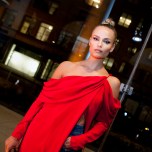 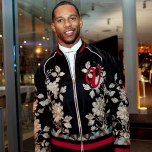 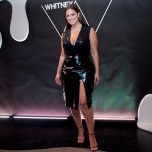 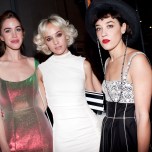 Birkenstock may have been the official sponsor of this year’s Whitney Art Party, but few of the crowd gathered at the museum Tuesday night sported the German shoe line. Fashion folk, socials and artists alike opted for their usual heels — we know, you’re shocked.

Cohosted by Ashley Graham, on her first visit to the Whitney, and artist Raúl de Nieves, who was part of the museum’s Biennial earlier this year, the evening’s dinner and subsequent party drew Zosia Mamet, Victor Cruz, Laura Kim and Fernando Garcia, Nina Dobrev and more. Between courses, Young Paris serenaded the crowd with three songs, including one (“Best of Me”) de Nieves described as a tune you’d hear in “bodegas and taxis.”

Not even Roopal Patel, propped up on a crutch, could be tempted by a pair of the orthopedic sandals (Patel still went with flat — but sparkly Gucci sneakers at that).

The Whitney is the cool mom of museums. After all, did MoMA’s film benefit Monday night offer little containers of sparkly gold goo, labeled “gold digger,” as table decor? And is the Guggenheim gala on Thursday likely to have guests smoking a spot of weed during the dinner hour, as table five proudly boasted to having done following Young Paris’ performance?

It was a productive night for Graham, who attended the dinner with her husband Justin Ervin before sneaking out before the party ahead of an early morning call time. The two went from Whitney newbies to members with a hookup for a private tour in a matter of minutes. “I want a card,” Graham deadpanned of her newfound member status.

“I’ve been to the Brooklyn Museum a bunch, and when we went to Italy together…Justin lived in Italy for a bit and studied art and he took us to all of the museums everywhere and it was spectacular,” she continued of her favorite museums. “And it’s not that I’ve always had an understanding, but when someone is there helping you understand everything and teaching you personally about it, that’s the connection and I think that knowing that with each piece of art there is a story and it can speak to not just one person but to a multitude of people.”

Her stylist Meredith Melling had no problem with Graham skipping out on Birkenstocks. “Meredith was totally OK with it. Anything I want to do, my stylists are totally cool with,” she said.

“I feel a little under-dressed so Birkenstocks might’ve been a little too far,” admitted Garcia, who, along with Kim, was one of the cochairs for the night.

The duo will be staying in town for Thanksgiving, where Kim’s mother will join them (and take over cooking duties).

“My mom is landing the day before and she’s cooking for the Monse office,” Kim said. “We’re probably going to do a foreigner Thanksgiving dinner.”

“Who is coming?” Garcia asked.

“Whoever is left behind,” she told him. “I read Martha Stewart Living for the last three years, that Thanksgiving issue, so I got all the tear-outs.”

“And her mom is very good at adapting [recipes], of putting her twist on Martha Stewart,” Garcia added. “It’s a good starting point, Martha Stewart. In life, in general. That’s a good motto: start with Martha.”

Director Kristen Stewart Is ‘Adapting Something’ for Her Next Film Project