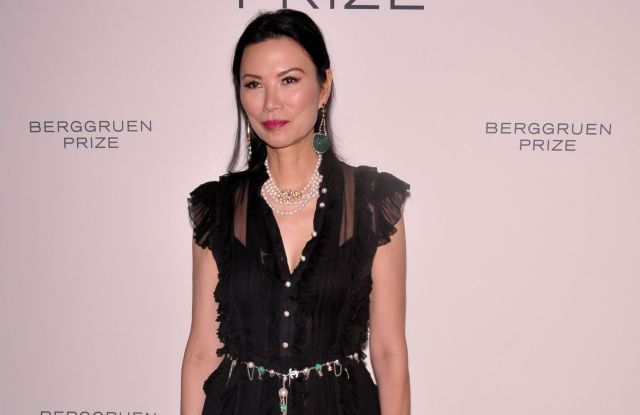 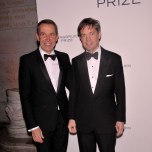 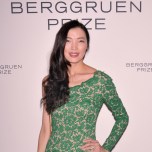 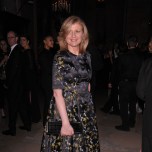 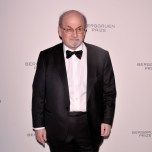 Nicolas Berggruen’s namesake research institute awarded its first-ever prize to Canadian philosopher Charles Taylor on Thursday night. Wendi Deng Murdoch, Jeff Koons, Oliver Stone and Arianna Huffington were among those who gathered at the New York Public Library to celebrate the inaugural winner, as well as witness him engage in philosophical discussion.

“Very, very, very moving and very heartwarming,” Berggruen Prize recipient Taylor said of being awarded. “You work for a long time and you don’t know what effect your work’s gonna have and suddenly, you see that it really matters to people. You’re on a high.”

Asked for his thoughts on the election, Taylor dubbed it “a great blow for people who want to have open and equal, inclusive democracy. We used to think that this was the great beacon, the Statue of Liberty, a kind of beacon. It was certainly unthinkable that America would start discriminating [against] some people because of their religion. I mean, you know, the First Amendment. It’s stunning for the world when the flagship country of openness and equality suddenly says, ‘Forget it.’ We still haven’t gotten over the shock of that.” He later called Donald Trump a “clever opportunist” and “somebody who wants to get to the top.”

Elsewhere in the room, a Gucci-clad Murdoch wasn’t willing to offer her thoughts on Trump, despite her friendship with his daughter, Ivanka. “I’d rather talk about fashion and art,” she said. “I just got back today, actually, from Miami Art Basel.” Murdoch, the cofounder of Artsy, organized a collaboration between Artsy, SoundCloud and Gucci at Art Basel this year.

Koons, a member of the Berggruen committee, offered his thoughts on what Trump’s presidency could mean for the art world. “I always believe that every day artists have the potential to do something that’s relevant, to make a gesture, to exercise the freedom that they have to make the things,” he said. “If they can only reach a level of consciousness to pull that out and remove anxiety of that gesture. Administrations change, so what’s really important are values that people have and what we hold dear. I think people in the room tonight are celebrating. It’s a sense of community, our commitment to each other.”

Last night in particular, those in the room were celebrating a commitment to great thinking.