Where the Stars Partied This Weekend at the 2020 Golden Globes

BAFTA, HBO and Netflix were the hot tickets. 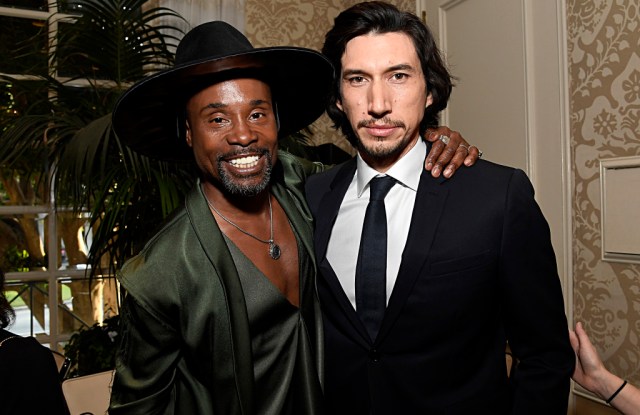 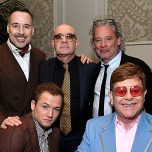 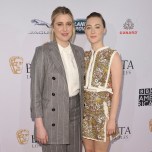 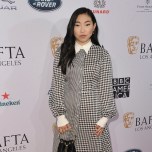 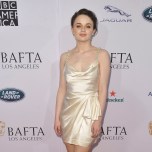 “Have you had one before?” asked Patricia Arquette, holding a small branch of kumquats in her hand at BAFTA’s tea party on Saturday at the Four Seasons in Beverly Hills. It was the eve of the 77th Golden Globe Awards — before the actress took home best performance in a supporting role for television series “The Act.”

“Take one,” she continued, breaking one off. “We just went out of our house and saw these were growing on this little kumquat bush we have. Rinse it off and have it later. Eat the whole skin. It’s sweet on the outside and sour inside. It’s like a natural sweet and sour candy.”

Never one to shy away from sharing her political views, she took a more serious tone when expressing her thoughts for the new year. “It’s honestly starting off with a little bit of a scary moment,” she said. “We have thousands of troops going away to Iran. We may be at war. We participated in an act of war. I think there will be a lot of swift, big changes this year. Obviously, we also have a big election. It’s a big year. It’s a make-or-break year.”

She echoed similar sentiments when she took the stage on Sunday at the Beverly Hilton. When we’ll look back on this time in history, she told America, “We will see a country on the brink of war, the United States of America, a president tweeting out a threat of 52 bombs…the continent of Australia on fire…we have to vote in 2020.”

Arquette wasn’t the only destined winner at BAFTA’s daytime fete, which was arguably the most star-studded one of the weekend. There was Laura Dern, who received best performance in a supporting role for the film “Marriage Story.” Backstage on Sunday after her win, she shared that the recognition was “an homage” to writer and director Noah Baumbach, whom she had thanked profusely in her acceptance speech. “I have never read a more perfect screenplay in my life,” she said. “Every moment is seamlessly directed within the page. The way I click my heels off is described on the page. Everything, everything, for all of us. It’s just meticulous. It’s like mastery playwriting.”

Among the tea sandwiches and scones at BAFTA were also directors Quentin Tarantino, who won the Globe for best screenplay for “Once Upon a Time in Hollywood,” and Bong Joon Ho, who received the best foreign language film award for “Parasite.” There was Awkwafina, who received best actress in a musical or comedy motion picture for “The Farewell,” and Taron Egerton, who took home best actor in a musical or comedy for “Rocketman,” sitting with none other than Sir Elton John himself.

“I feel like I was so lucky and honored to be chosen to even play Marie in the first place,” Dever shared of her character. “But then to have it celebrated in such a big way. I mean, being at the Golden Globes is the biggest honor ever. The fact that that’s all happening is still kind of blowing my mind. I’m soaking in every second of it.”

After the award ceremony on Sunday, Dever was letting loose on the dance floor with “Booksmart” costar Beanie Feldstein at Netflix’s after party, also held at the Beverly Hilton. Guests didn’t have to go far to celebrate; each studio took over a section of the hotel for their shindigs. Netflix seemed to be the hot ticket, where there was Sarandos, naturally; Dern; DiCaprio with Camila Morrone; Scarlett Johansson with Colin Jost; Jennifer Aniston, Glenn Close, and Sandra Bullock.

The “Succession” cast, who took best drama for their series (with actor Brian Cox snagging best actor for TV drama), held court at HBO, which also brought out Renée Zellweger, winner of best actress in a motion picture drama for “Judy,” and “Euphoria” stars Hunter Schafer, Maude Apatow, Storm Reid and Barbie Ferreira. Yara Shahidi showed up at Disney’s soirée in a bright yellow Carolina Herrera gown, while Kathryn Newton went to Amazon’s in a whimsical dress by Valentino and Hailey Bieber arrived at Warner Bros and InStyle’s in a short Saint Laurent number. NBC Universal held their affair next door at the Waldorf Astoria, which brought out the very happy cast of “1917.”

Too young to party was 10-year-old Julia Butters, who plays opposite DiCaprio in “Once Upon a Time in Hollywood.” She hasn’t seen the R-rated Tarantino film in its entirety, she said on the awards show red carpet in her Mischka Aoki gown. Of working with DiCaprio, she shared: “He’s very professional. He really knew what he was doing.”