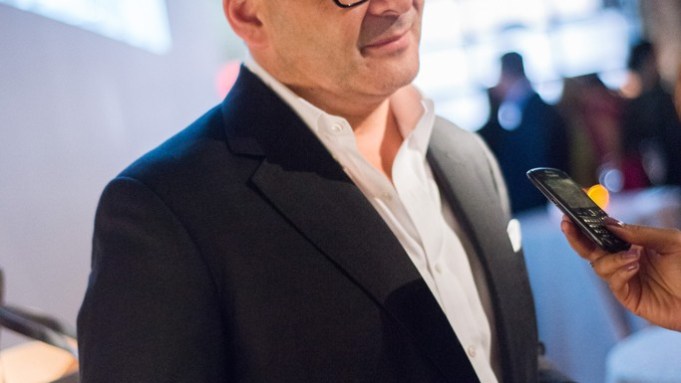 The maxim doesn’t ring truer for anyone than New Yorkers. So to mark the Whitney Museum’s recent construction milestone (the final beam was recently placed atop the steel frame of its new spiffy downtown location in the Meatpacking District), the museum held its annual American Art Award dinner on Tuesday night at the Highline Stages, a new neighbor.

“[The move] is definitely not convenient for me because I live about four blocks from the Whitney now, on 70th,” Reed Krakoff said during cocktails. “But to me it’s really a destination, so I will make the trip. I think I will probably go the same amount.”

Considering the designer’s bond with the museum, it’s a fair assumption. Krakoff was among the evening’s honorees (his corecipients included Martin Z. Margulies, The Robert Mapplethorpe Foundation and Michael Ward Stout) being recognized for, according to the museum, their “sustained commitment to the artistic and cultural heritage of the arts in America.” The event raised $1.6 million for the museum.

“Tonight, the Whitney has the honor of acknowledging my wonderful friend Reed,” Brooke Neidich began, introducing the designer. She began ticking off the accolades. “Are you ready to come up here? Because you know I’m going to go on like this for like five hours,” she cracked.

“One of my fondest memories at the Whitney was when I first met my wife,” the designer told the audience, which included Diane von Furstenberg, Vito Schnabel, Eddie Borgo, Jeff Koons, Larry Gagosian, Max Snow and Vanessa Traina. “We used to sneak out of work, and the most amazingly decadent thing we could think of doing was to visit the Whitney on a Tuesday at 2:20 p.m. when no one was there.”

“That’s true,” a beaming Delphine Krakoff sighed from her seat.