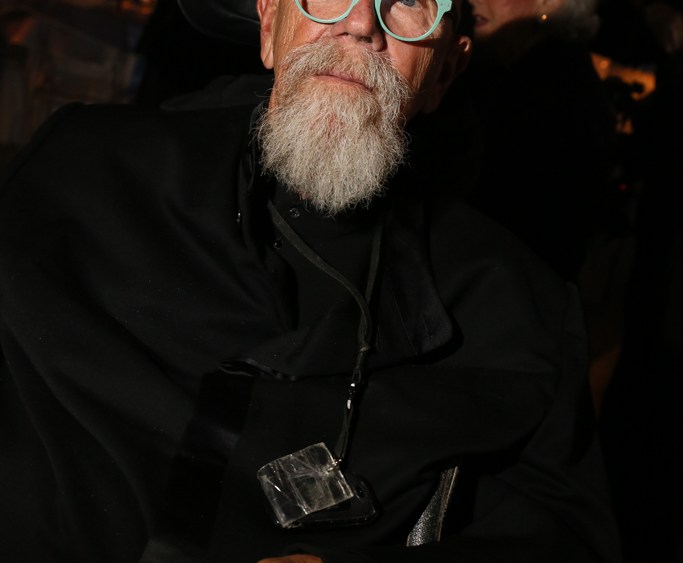 After months of anticipation, the art world finally got a long, hard look at the new Whitney Museum, and it was proud.

Like most people, they began on the eighth floor, with its spectacular views of Manhattan, and slowly made their way down, beaming as they went floor-to-floor, taking in a sprawling overview of the museum’s permanent collection, including some of their own work. It was an overwhelming experience for even the most jaded of connoisseurs.

“It’s pretty exciting,” Laurie Simmons said. She had fond memories of the Breuer Building on the Upper East Side.

“I can’t help it. I went to my first Whitney Biennial when I first came to New York in 1975,” she said. “I remember what I was wearing. It was the most exciting night of my life.”

But the sheer sensory overload of the opening night, of the Renzo Piano building itself, was difficult to shake.

“This is amazing. This is going to be a real force,” she continued. For the artists, collectors and philanthropists in attendance, picking a favorite spot proved challenging — some appreciated the terrace crawling with colorful chairs painted by Mary Heilmann; Sherman lingered for a while by the Alexander Calder mobiles on the eighth floor. Simmons had one clear favorite.

“When I stood in front of my husband’s painting, I was just pretty damn excited and really proud,” she said, referring to the painter Carroll Dunham.

The evening wrapped up with remarks by former mayor Michael Bloomberg and a performance by Rufus Wainwright, who sang “Cigarettes and Chocolate Milk,” and, more appropriately, a cover of Billy Joel’s “New York State of Mind.”