The Whitney Museum marked its first year on Gansevoort Street with the 2016 studio party on Tuesday night. 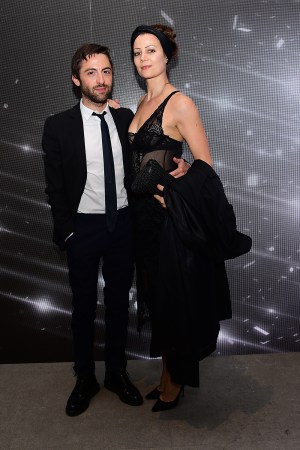 “The Whitney always throws sick parties,” announced an apparent nightlife expert Tuesday evening, hand dipped in a mostly demolished bowl of popcorn atop the bar occupying the museum’s lobby. If you don’t know by now, the Whitney is celebrating one year of its historic move downtown — and they’ve had no shortage of parties to mark the occasion. Tuesday night saw the 2016 studio party and Whitney gala, presented by Louis Vuitton, where “black tie” meant everything from a crushed velvet wine-colored tuxedo to Hawaiian shirts, repurposed denim and sequined bomber jackets better suited for a Midtown club. Such an eclectically dressed gentlemen it was who expressed the sentiment, while lingering for a drink. “The sickest,” he nodded, apparently agreeing with his own assessment.

Guests such as Princess Beatrice of York, Brandon Maxwell, Wes Gordon, Tali Lennox, Chelsea Leyland, Eva Zuckerman, Emily Weiss, Crystal Moselle and Chuck Close stayed well past midnight, though few made it up to the exhibits themselves. “Well, I came to the opening,” offered a cocktail-toting partygoer, shrugging. Exactly which opening she was referring to remains unseen.

Celebrity stylist Micaela Erlanger arrived fresh from a fitting with Michelle Dockery, but even a schedule that includes dressing celebs for Cannes this week and prepping Lupita Nyong’o for the upcoming Tony Awards didn’t stop her from attending. “I’m one of the committee members,” she said, which undoubtedly gives her insider knowledge to the Whitney’s reputed party schedule. “We have a lot of fun things coming up in the fall,” she teased.

“I’m a huge Whitney fan,” said Maxwell, from a corner with Lorraine Schwartz and Zuckerman. “I didn’t grow up having access to this sort of thing, but I’m really good friends with Eva and she’s on the committee. I wouldn’t have missed it — I mean, there’s drinking at a museum.”

Tattly had set up a corner station, temporarily inking guests with things like a middle finger-baring fist (that had sprouted legs, naturally). They were branded with a little more staying power than some initially realized. “I thought this was supposed to last a few days,” bemoaned one young lady, “but then I heard it’ll last for weeks? I’m going to have to wear turtlenecks to work.”