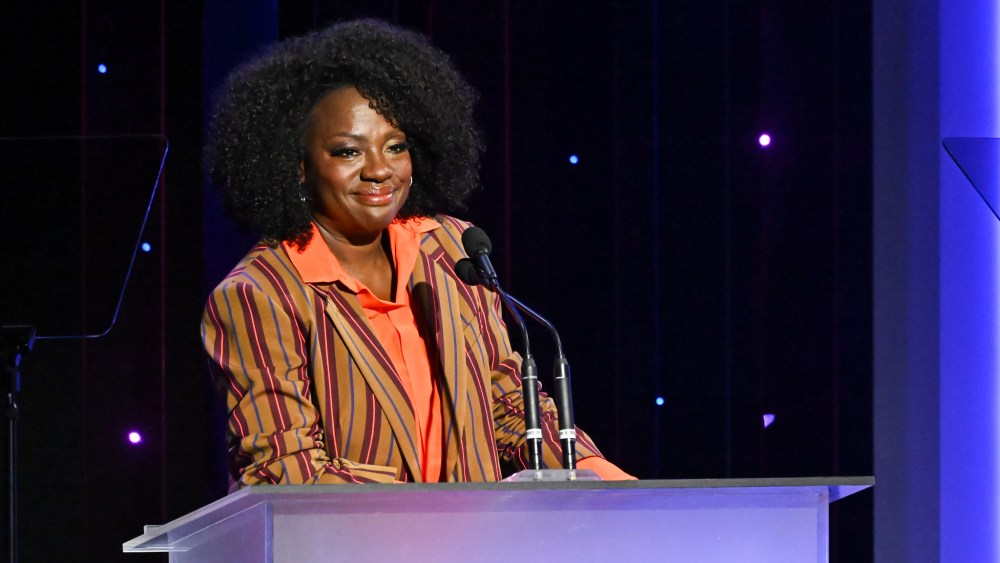 “Of my 33-year career, Gina, it is the work that I’m most proud of,” Viola Davis said of “The Woman King,” presenting director Gina Prince-Bythewood with the Crystal Award on stage at WIF Honors.

She paused to audience applause.

“Because it’s ours,” the actress continued. “And you had the scope, the vision, the talent, the bravery to bring it to fruition.”

Women in Film, the nonprofit advocating for women in Hollywood since 1973, held its annual gala on Thursday night at The Beverly Hilton in Beverly Hills, California.

Host Da’Vine Joy Randolph kicked off the evening before introducing Jane Fonda, who came out to a standing ovation. Fonda, presenting an award named after her — the Jane Fonda Humanitarian Award — said she knew exactly who to hand the trophy to: Michaela Coel. Fonda praised the Emmy-winning Ghanaian British screenwriter and actress — creator of “Chewing Gum” and “I May Destroy You” — for her talent and boldness; it was in 2018 that Coel opened up about her sexual assault, inspiring her second series.

“By sharing her experience, by creating a series that highlights actors and characters who are Black, female, queer and immigrants, Michaela has created a whole new language in which to tackle the issue of sexual consent,” Fonda said.

Coel wasn’t in the room, to the disappointment of many. “Awww,” they exclaimed in unison. Instead, Lake Bell joined Fonda on the mic to read a letter on Coel’s behalf.

“I want to be a part of what serves you, of what gives you a feeling of enrichment and betterment, whether it be through laughter, pain or my own reality,” Coel wrote. “Through serving my pain, I seem to have served yours, and I am in turn served by my story serving you. It is a strange, beautiful and cosmic dance between us.”

A celebration of “outstanding women who are laying the foundation to transform Hollywood for the better,” WIF also recognized “Riverdale” actress Lili Reinhart, given the WIF Max Mara Face of the Future Award by Maria Giulia Prezioso Maramotti (Max Mara is a sponsor for the 19th year, joined by ShivHans Pictures, Lexus and Starz); writer-director duo Katie Silberman and Olivia Wilde of “Booksmart” and “Don’t Worry Darling”; “Abbott Elementary” creator Quinta Brunson, and the creative team for the film “She Said” — producer Dede Gardner, actress Carey Mulligan and journalists Jodi Kantor and Megan Twohey, who broke the Harvey Weinstein story.

Sheryl Lee Ralph came out to hand “boss and costar” Brunson her award, belting an unexpected encore of Dianne Reeves’ 1994 song “Endangered Species.” Ralph first sang the song at the Emmys this year during her win.

Before welcoming Brunson, the 65-year-old actress said she was introduced to WIF when a member “took a very young me by the hand and said, ‘You must come and join Women in Film, because we are a sea of white women.’” The ballroom filled with laughter.

It was nice to see diversity in the room, she said.