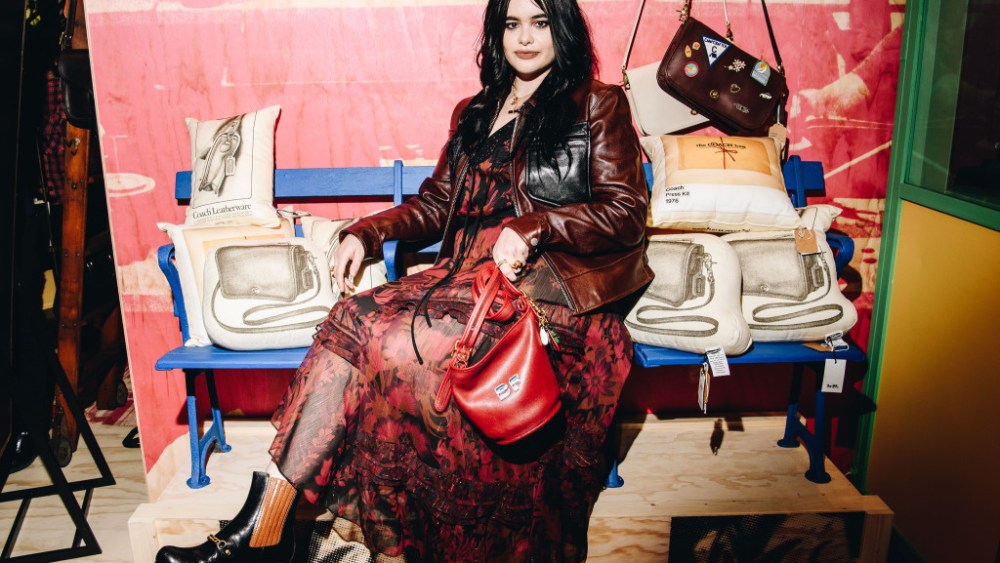 Coach knows all about the reach a young, popular influencer can lend to a brand — and is also aware of its own old-school, heritage identity. On Friday night, the leather goods company tapped both sides of this business strategy at a party to celebrate the opening of its pop-up shop, The Coach Originals. The shop will be open for one week, and offers a line of bags that have either been “remixed” — meaning two or more have been cobbled together to create a new item — or “remade,” a collection of entirely new purses designed with pieces from the label’s archives in mind.

Coach executive creative director Stuart Vevers stopped by cocktail hour briefly to say hi to friends and take some photos. He explained that, for the first time, he was able to truly comb through the archives for this project — checking out photographs, catalogues and actual bags. He said he was most inspired by the first Coach designer Bonnie Cashin’s early work.

“She was very playful with color,” he explained. “There’s a bag which she called ‘The Swinger,’ which I think shows Bonnie as having a great sense of humor.”

Ferreira, who plays the character Kat on HBO’s “Euphoria,” recently started working with Coach. She noted her mom — who’s come with her to fashion week — is a big fan of the brand.

Her partnership with the company is just part of what she says are “other things,” she’s doing while she has a break from “Euphoria.”

“Season two is still being written, we’re not shooting it quite yet,” she said. “It’s gonna be a while.”

Thompson, who’s famous on Instagram for posting comedic routines about self-love, said this year’s trip to New York Fashion Week couldn’t be more stark from his first sojourn in 2016 — when he paid his way to the East Coast and styled himself in his own clothing. On Friday night, Coach dressed him in a white leather vest — and reportedly selected him to participate in a hush-hush project. When asked about a future face for the brand, Vevers hinted about a shoot he’d just come from before the party, but wouldn’t say more. Thompson, meanwhile, divulged a few more details.

“I did a little project with them earlier today. I was shooting with them, and it was honestly everything,” he said. “I love how a lot of traditional brands are seeing there’s new talent in the world.”