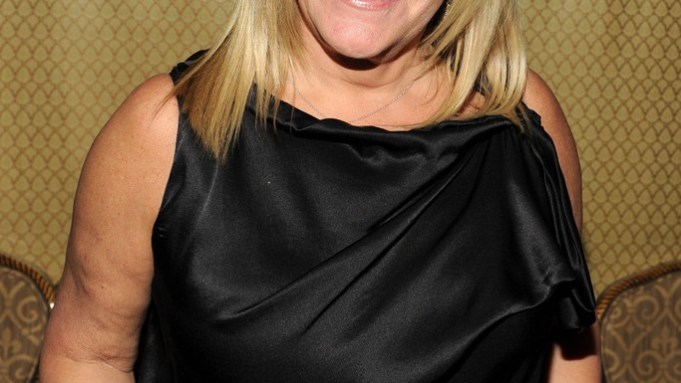 Saks Fifth Avenue chairman Stephen I. Sadove conceived the balloon concept as a fund-raising hook — it’s now a WIN tradition — and made it more of a contest by putting up matching dollars for the table that donated the most, up to $25,000. All told, the crowd of nearly 800 bought $250,000 in balloons, and the evening generated close to $2 million to support WIN’s programs providing shelter and housing, substance abuse treatment, child care, job training and domestic violence services.

WIN has become an industry cause célèbre with a widening circle of support. Among those attending this year’s event were Police Commissioner Ray Kelly and his wife Veronica and City Council Speaker Christine Quinn along with the strong contingent of designers, retailers and publishing executives.

“It’s a surreal vision of what the earth should look like,” observed guest speaker Anna Quindlen, referring to the ballroom’s hundreds of balloons and the huge portraits of smiling WIN children photographed by Monica Rich Kosann.

Others seemed bleary eyed — or if you were a man, soundly admonished — by the exhaustive speech of Anna (“Hear Me Roar”) Quindlen, who seemed to cover every step of the women’s movement she described as “the greatest social tsunami.” Quindlen detailed personal remembrances and life lessons before getting to the point of WIN’s good works. “Astonishing poverty is all around us,” she said. “As we raise up our own families, we must raise up those a few subway stops to the north.”