The view from the annual after-party circuit on Sunday night. 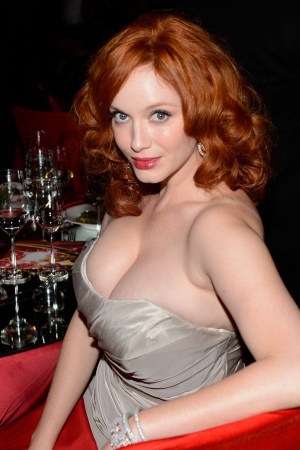 TV PARTIES: Emmy attendees did not have to venture far from Nokia Theatre to start the postshow partying Sunday night at the Governors Ball held in the nearby Los Angeles Convention Center. “Mad Men” came up empty despite its 17 nominations, but that didn’t stop John Slattery, Jared Harris and Matthew Weiner from enjoying the festivities. The cast of “Modern Family,” on the other hand, had plenty to celebrate in its five Emmy victories and a table covered in Emmy statuettes to prove it.

“Honestly, all I want is to do this job for a long time,” said Julie Bowen, winner of the Emmy for outstanding supporting actress in a comedy series. “It’s so fun. It’s the best job. I just want people to watch it so I can go back to work.”

Fellow nominees Connie Britton and Ashley Judd kissed each other goodbye before Judd made an early exit.

The partying continued with HBO’s shindig at the Pacific Design Center in West Hollywood. There was Sixties decor, although more star power than flower power with Claire Danes, Sofia Vergara, Tom Hanks, Ginnifer Goodwin and Julia Louis-Dreyfus among the celebrities checking out the scene.

Nicole Kidman, who declined most press interviews on the Emmy red carpet, was finally dishing about her fashion choice. “I’m wearing [Antonio] Berardi and my Louboutins, which I really like,” she said as she showed off her bold heels.

The “Girls” of the evening — Lena Dunham, Zosia Mamet and Allison Williams — might have hit a snag at the award show, but remained unfazed as they shared some laughs. Finally, making a justifiably late appearance was Emmy winner Aaron Paul with his second award in tow. “I was shocked that they called my name,” he said.