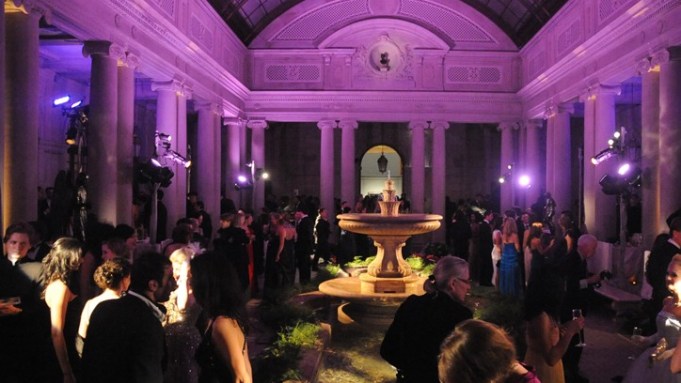 If your New Year’s resolution involved getting more sleep, you’re out of luck. The coming months offer enough social opportunities in New York and beyond to keep you perpetually in party mode — and that doesn’t even take into account the fact that there are dozens more fetes being planned at this very moment. On your marks, get set, go.

Paul Bettany and Jennifer Connelly screen their new film “Creation,” in which they play Charles and Emma Darwin, with the Cinema Society.

21
One of the year’s more unlikely trios — Harrison Ford, Keri Russell and Brendan Fraser — walk the red carpet for their film “Extraordinary Measures” at a Cinema Society screening.

23
Diddy’s son Justin Combs celebrates his sweet 16 with a bash planned by Bronson Van Wyck. Sure to be a low-key affair.

9
Tiffany and Co. hosts a “Sparkling Evening” at the brand’s Fifth Avenue flagship in anticipation of The Young Fellows Diamond Deco Ball.

12
Celerie Kemble, Hilary and Wilbur Ross, Christine and Steve Schwarzman and John McEnroe are among the chairs of the Everglades Foundation benefit in Palm Beach. Sting performs during the fete at The Breakers.

18
The Society of Memorial Sloan-Kettering Cancer Center’s spring ball with co-chairs Tory Burch and Dee Dee Ricks at the Pierre Hotel. Since Burch has been dating hip-hop executive Lyor Cohen, this otherwise conservative affair has been energized by lively musical performances.

7
The CFDA Awards are presented at Lincoln Center.

Also this month…
The Whitney Museum’s annual Art Party will close out the season before everyone heads out to all points East.