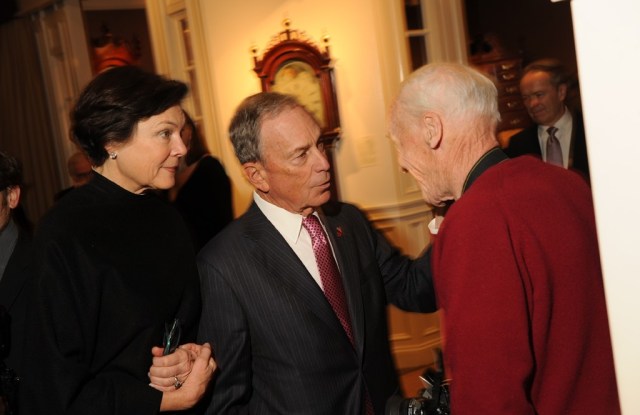 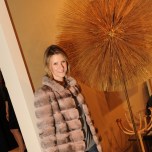 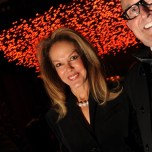 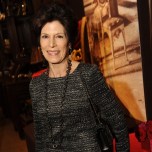 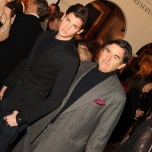 “If they’re starting that young, we’re in trouble,” said Arie Kopelman, chairman of the 59th annual Winter Antiques Show. The opening night party at New York’s Park Avenue Armory was in full swing on Thursday night, and his nine-year-old granddaughter, Sadie Kargman, had taken a liking to the antique jewelry cases.

“The knives are pretty cool, too,” she said.

A full suit of armor, circa 1580, from the dealer Peter Finer was also proving to be a big draw. Coco Kopelman, however, was more interested in the smaller artworks. “The best pieces are the ones you can put under your arm. Or better yet, on it,” she said, making a beeline for a pair of diamond brooches.

Martha Stewart, Caroline Kennedy and Mayor Michael Bloomberg stopped by on the early side of the evening. With benefactor tickets running between $1,000 and $2,500, the show’s total net proceeds supported the East Side Settlement, which has owned and produced the show since its inception. A total of 73 exhibitors, including a special loan exhibition, “Newport: The Glamour of Ornament,” were on display. The elaborate room celebrated The Preservation Society of Newport County and showcased antiques from eight different homes — none of which were up for sale.

Jean Shafiroff focused her camera phone on the room’s standout: a silk brocade evening gown circa 1890 by Charles Frederick Worth with an 18-inch waist.

“The color is beautiful. I love the pouf of the back of the hip and there’s the tulle with the stones…It’s fabulous looking,” she said. “I’m anxious to see what’s on sale and look around.”

Catherine Sweeney Singer, the show’s executive director, was such a fan of the dress that she was almost inspired to design and sew her own contemporary version of it.

“I think this is the first loan exhibition in which we’ve had a garment,” she said. “There’s also the boating costume in the room. I don’t know if we’ll ever have a dealer in costume or vintage…but I hope this sets a new precedent for the show. The show is not high-fashion by any means — we don’t even mention a dress code — but some people do make an effort.” A look around the crowd confirmed that sentiment.

For Somers Farkas, a couple hours of antiques browsing would not suffice.

“1stDibs is hosting a breakfast tomorrow to take us through a curated tour, so I’ll learn more,” she said.