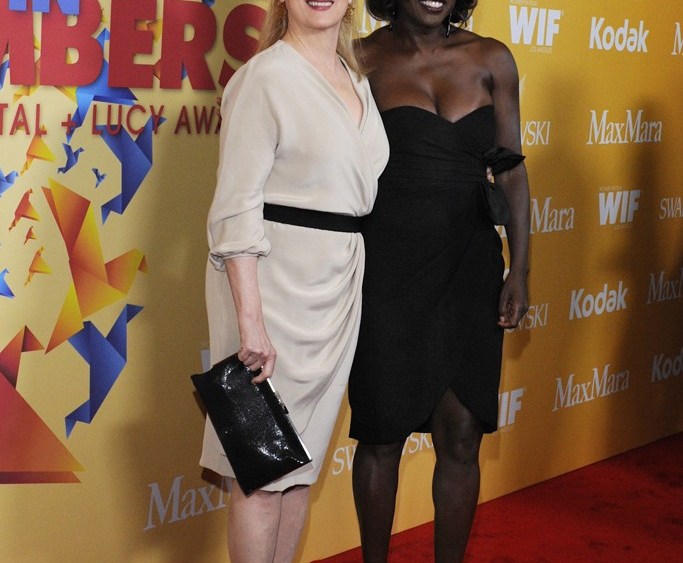 In a town known for artifice, The Women in Film Crystal + Lucy Awards, held Tuesday night at the Beverly Hilton hotel, is one of Hollywood’s more heartfelt events. Honorees Chloë Grace Moretz, Christina Applegate and Viola Davis came with family and Davis was the only one able to hold back tears during her acceptance speech. First Moretz choked up while paying tribute to her mom, “who still raised me even though she has four other kids.”

Then Applegate, while accepting the Norma Zarky Humanitarian Award, paid tribute to her own mother, who, like the actress, is a breast cancer survivor. But she quickly lightened things up by cracking a few jokes.
“I wouldn’t be standing up here if it weren’t for Meryl Streep,” Applegate said, adding, “I’ve just always wanted to say that.”

Davis did owe Streep thanks for her introduction, in which she invoked the words of Alice Walker and Gwendolyn Brooks to describe her friend, whom she called “a lion-hearted woman.”