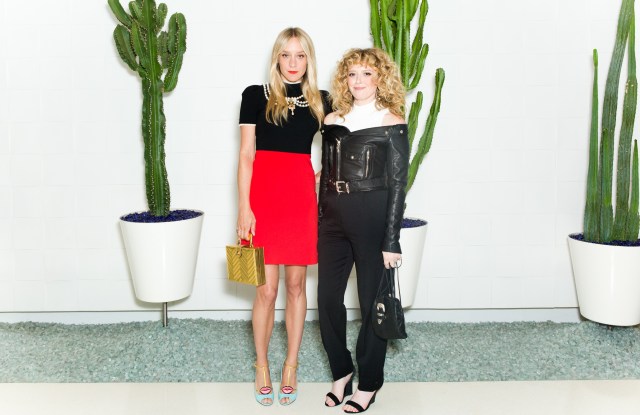 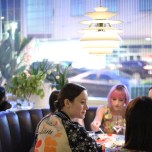 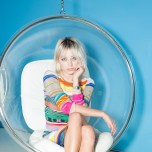 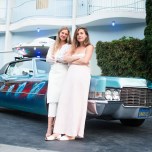 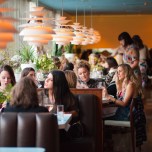 While most cities experience a slowdown in August, Hollywood was hopping on Sunday night when Brie Larson and director Jodi Wille hosted a dinner to celebrate The Women of Cinefamily Festival’s closing night. The all-female offshoot of the organization of filmmakers and cinephiles hosted its first film festival over the weekend, which included a Friday night screening of “The Hunting Ground” hosted by Larson.

The Oscar-winning actress said she was excited to return to her home city after nearly a year of filming on location — first Hawaii, Australia and Vietnam for “Kong: Skull Island” with Tom Hiddleston and Samuel L. Jackson, then Montreal for “The Glass Castle” with Naomi Watts and Woody Harrelson.

“I’ve been busy working, so I really appreciate being back in L.A. after being gone for so long. There’s so many new things here now — restaurants, bars, art galleries — that I’m enjoying discovering everything,” she said. While she told WWD earlier this year that she was still unsure what doors an Academy Award would open for her, Larson has since signed on the direct her first film “Unicorn Store” and to play Captain Marvel. “That’s not for another two years,” she said of the superhero film, whose shooting location and supporting cast is still to be revealed.

The dinner was held at Alma restaurant at The Standard, Hollywood, while the rest of the hotel hosted an open-to-the-public party and premiere of Wille’s latest film, a short documentary called “We Are Not Alone,” a look at the L.A.-based organization Unarius Academy of Science. Unarians believe in “fourth-dimensional science,” reincarnation and interplanetary life.

This being Hollywood, no one batted an eye when several members arrived in their space-themed Cadillac. It seemed that most people in the hotel were unaware that Larson and her cohorts — including Rowan Blanchard, Kiernan Shipka, Caroline Vreeland, Liz Goldwyn, Kim Gordon and Rosson Crow — were tucked inside the small restaurant just off the lobby.

Also present were Chloë Sevigny and Natasha Lyonne, who costar in “Afterbirth” which screens at Cinefamily tonight. “We’re professionals, we can act casual,” quipped Lyonne when a photographer asked her to pose for a candid shot with Larson.

Of their film, in which Lyonne plays a woman who gets pregnant after a night of partying, Sevigny said, “It’s been really hard to find a date when Natasha and I are in the same city because I’m shooting here and she’s shooting in New York. This is more or less its unofficial premiere.”