Women of the Whitney: Inside the Museum’s Annual Gala and Studio Party 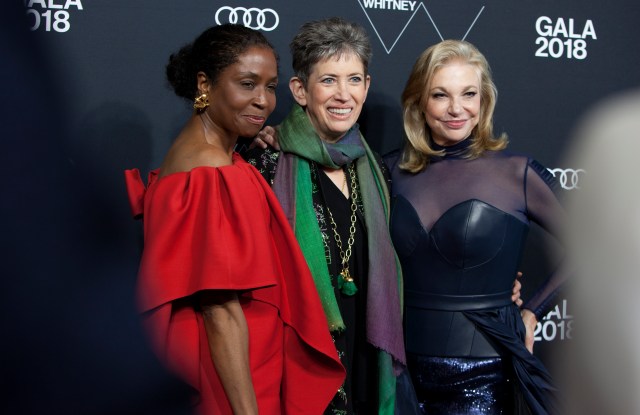 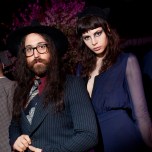 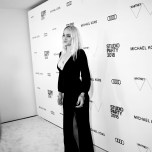 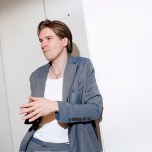 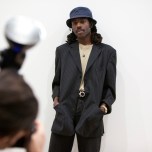 The women of the Whitney were front and center Tuesday night as the museum honored two of their own trustees, Joanne Leonhardt Cassullo and Beth Rudin DeWoody, as well as artist Lorna Simpson, for their annual gala and Studio Party.

Ahead of dinner, guests mingled about atop the museum’s outdoor terrace, flaunting their getups for the night. Cassullo was decked out in a Rubin Singer creation, made for her big night to the theme of strong women.

“I wish you could see me walking — it’s just amazing,” she said, adjusting the dramatic train. “I do a lot of corsets, and I’ve been trying to get Joanne in one of my corsets for a while,” Singer added.

“Back in 1992, I chaired a gala, and the dress was beautiful but it wasn’t modern and contemporary,” Cassullo continued. “And it’s been a while since ‘92, so we were designing something where I felt beautiful, and modern. And strong — strong is a good word.”

Her longtime friend and fellow honoree DeWoody brought daughter Kyle with her for the night, in from L.A.

“We shopped together at Libertine for outfits tonight,” Kyle said. “This is very my mother — I wore this because it’s very her style.”

“I’ve been involved with the Whitney since 1982 and on the board since ‘85; the Whitney has always been an innovative museum, that was started by a woman, and continues to have the daughters as presidents,” DeWoody said. “They’ve always recognized women artists and I’m so happy to be part of a museum like that.”

As Cynthia Erivo took the stage to entertain dinner guests, upstairs on the fifth floor the after-hours crowd was filing in, where they stayed until the wee hours of the morning. Jemima Kirke arrived with boyfriend Alex Cameron, just before her fellow cohosts Hailey Baldwin and Andreea Diaconu made their entrances.

“One of my first experiences of ever coming here was when I was 17,” Baldwin said from a side exhibit room, shielded momentarily from photographers and referencing an era that was all of four years ago. “I grew up in New York but I hadn’t really experienced the city in any type of touristy way…I don’t think you really do that when you are from here. And the Whitney was one of the first — aside from the Met museum, obviously, as you do — this was probably the first museum I really explored and took the time to see.”

Baldwin’s favorite female artists include the photographer Cass Bird. “I look up to a lot of female photographers…there are a lot of people whose work I really admire who I’ve gotten to work with. I think it’s just important to come and support.”