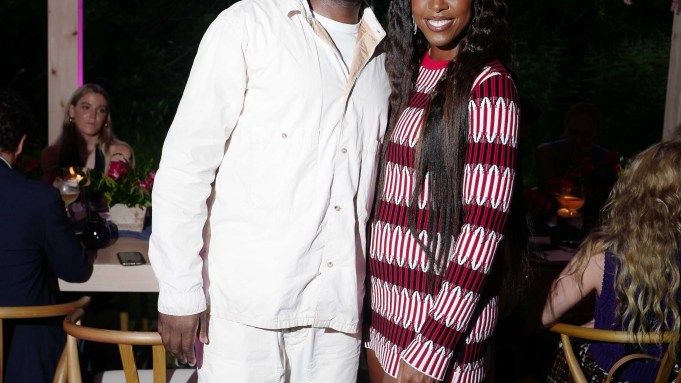 Tod’s again touched down in East Hampton, hosting a fashionable mix of guests to fete the brand’s second season of its Hampton boutique. Hosted at a private seaside residence — where even on a  particularly muggy night,  spectacular views were to be had — the stylish crowd with its mix of loafers and T Timeless handbags was served  Italian-themed cocktails and light bites, before sitting down for a dinner that was grilled ocean side.

After the first course the evening leveled up with musical guest of honor Wyclef Jean taking the stage, sheepishly explaining, “We can do this one of two ways — I can play and you all can sit and eat…or you can get up and dance. Which way do you want it?”

Partygoers, including Kelly Roland, an old friend and collaborator of Jean’s, immediately took to the lawn, transforming the event into a once-in-a-lifetime, intimate dance party to Wyclef’s greatest, Grammy-award-winning hits. And with Roland  shaking it on the dance floor, there was even a full-on Destiny’s Child sing-along moment. A one-man musical supernova, the artist played guitar, piano, danced in the crowd and, of course, freestyled about his all-Tod’s ensemble.

“I was to do 15 minutes,” Jean said to the crowd, who couldn’t get enough dancing to every beat. “But that’s not me, I can go all night.”

“The energy from this event demonstrates the essence of the Tod’s lifestyle — Italian, sophistication, boldness and joy,” said Roberto Lorenzini, chief executive officer of Tod’s Group Americas, who said brief words, preferring to let the alchemy of the party continue.

Post dinner Jean kept his promise, performing to another dance party on the lawn.