“This nomination is opening the doors for others to follow and to have opportunities and really aspire and see themselves achieving their goals,” said "Roma" breakout Aparicio. 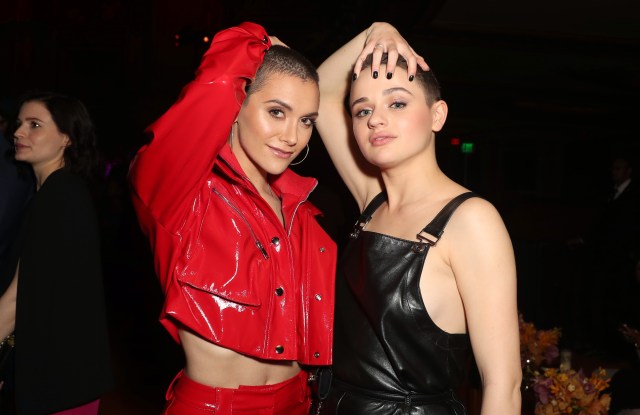 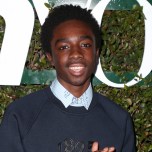 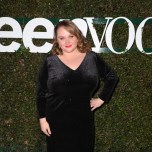 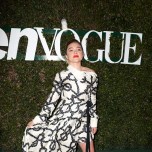 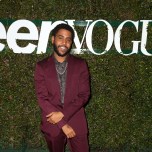 Teen Vogue editor in chief Lindsay Peoples Wagner called it “the most inclusive lineup we’ve ever had.” In L.A. on Friday night, the glossy editor of just three months co-hosted with Snapchat a party to celebrate the 2019 Young Hollywood portfolio at the Los Angeles Theatre.

“This is such a special issue to me,” said King, a longtime attendee of the event. “I think it’s amazing how much diversity we have on this cover and I want to see more of that.”

For 25-year-old Aparicio, who has received a best actress nomination for her depiction of Cleo in “Roma,” being part of the conversation about inclusiveness in Hollywood has been rewarding. “This nomination is opening the doors for others to follow and to have opportunities and really aspire and see themselves achieving their goals,” she said.

Naturally, the breakout star has grasped the attention of her peers. Young-White noted, “Her whole story is very inspiring. I loved ‘Roma’ so much. It felt so humane and like a living, breathing thing that struck me in a way that a lot of films haven’t.”

Relating her rise to his own career as a writer on “The Daily Show,” he mused, “It’s the crux of Hollywood really starting to focus on diversity in ways that aren’t tokenizing.…It’s not necessarily, ‘I’m insert identity here,’ it’s these are the things I have to say and it’s how I see the world. It’s sort of sharing that rather than just being used as a face for something.”

King added: “It feels so inspiring to be surrounded by such powerful people. Yalitza, Florence, Danielle; I respect them because not only are they incredibly talented, they show you can kill it in this business, show your diversity, be strong, be empowered and do an amazing performance.”

“I plan on being honest with what I see around me with my own personal experiences,” said Macdonald. “I am not all-knowing. I don’t have knowledge about a lot of things…part of what I want to do is listen to other people who have different experiences from me. I think we can all learn from each other.… So it would be cool if people could open up their hearts and listen more and understand and stop judging.”

Added Jerome, “What we’re doing as a group will wake up a lot of people who have not gotten the chance to wake up. ‘Moonlight’ was my first project and it went all the way to the Oscars. It changed my life in every way. All I want to do is change the way people see things and change the way a person feels.”

He continued, “There’s a lot of groups in the country and the world that don’t get spoken on. There’s a lot of people who are in the shadows. The only thing they have to bring themselves up is film. The direction that me and a lot of my peers who are young, black, female [and] male are taking; I think they will start to follow even if they aren’t artists.”

Skai Jackson, Marsai Martin and Eris Baker were among those on the dance floor grooving to DJ Kitty Cash’s set.

“I feel like it’s rare you go to events like this and see people having a good time,” Salem Mitchell said before joking, “I feel like I’m a bad dancer now watching them.”

As the night went on, Caleb McLaughlin — who has gained teenage wisdom since arriving onto the scene as a child star in “Stranger Things” — had some advice for the crowd.