Yara Shahidi and Kali Uchis on How They Do Good Deeds

The actor and singer — along with Nicole Richie, Logan Browning, Ashlee Simpson and more — were at Refinery29's 29 Rooms opening night on Wednesday in New York. 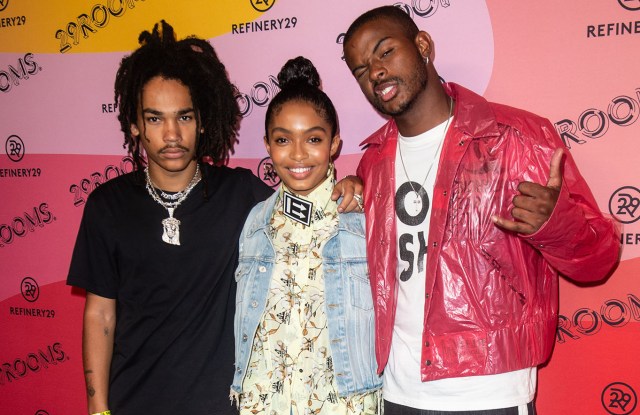 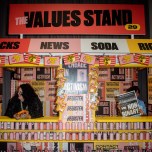 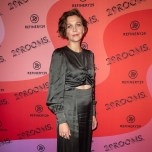 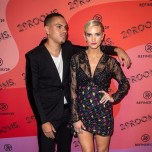 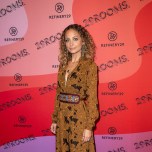 Activism and doing good were the buzzwords of the night at Refinery29’s 29 Rooms opening event in Brooklyn on Wednesday. For all of the VIPs who paced the red carpet — Yara Shahidi, Kali Uchis and Nicole Richie among them — generosity was top of mind, and they shared stories of the things they do in their personal and professional lives to rally their communities.

For Shahidi, a precocious 18-year-old known for her roles on “Black-ish” and “Grown-ish,” advocacy is in her blood — her family has a background in humanitarianism, including her grandfather, who worked with the Black Panthers. Shahidi has launched an initiative called Eighteen x 18, which works to get young people to the polls. With the midterm elections upcoming, Shahidi said she’s kicking things into high gear, organizing for students and first-time voters to be flown to a summit that’ll happen this month.

“We’re not a monolithic generation, so rather than representing [Eighteen x 18] by myself, I felt like it would be a beautiful time to get everyone together to figure out what we want to accomplish this winter,” she said. “I’d love to push great primary candidates into the House and Senate. So rather than just certain policies, it’s about making sure that we’re putting people in office who care about the world at large.”

At that moment, her eyes flitted in another direction, and she yelled, “Peyton! Psst! Peyton!” Peyton List, wearing a Canadian tuxedo, walked by without hearing Shahidi. “I’ll catch her later, I guess,” Shahidi said, laughing with a snort. “I haven’t been seeing everybody because we’ve all been working.”

Uchis, who said she is working on her second album and preparing to go on tour in a week, posted on Twitter in August that she wanted to help families in Colombia, the home country of her mother and father, and where she recently visited. She invited single mothers, people with disabilities, Afro-Latino folks and more to write her. Did anyone get in touch?

“Yeah!” Kali Uchis said. “One family that I found in my neighborhood was a single mother who has four paraplegic sons. I built some rails, an enclosure and some doors in the boys’ rooms, so the nurses that take care of them don’t fall out of the window or get hurt — their house wasn’t really safe or [proofed]. There was another family that ran away from guerilla warfare overnight, so they didn’t have anything in their house at all. I bought them appliances, school supplies for their kids, shoes. My family comes from nothing, and I’m the first person to bridge the gap and bring in an income that we never thought we’d ever see. I’m not looking to become a millionaire and take all my money to my grave.”

“I’m here with the ACLU for their room, which they’ve titled, ‘Know! Your! Rights!’” Browning explained. “It’s themed like ‘The Price Is Right,’ or another Seventies game show. So you can spin a wheel and pull off these different cards about LBGTQ people, or women’s rights, or immigration. It’s supposed to be an edifying experience, but still fun.”

The actor said she is enjoying a hiatus from work, and plans to go to a friend’s wedding in Hawaii this weekend rather than participating in the New York Fashion Week brouhaha. But once she gets back to the grindstone, she added, she plans on getting into directing and writing her own content.

Browning’s not the only one who is interested in dipping a toe into camera work. Maggie Gyllenhaal, who finished filming the FX show “The Deuce” last week, also said she wants to get into direction. She mentioned she’s adapting a book into a screenplay that she wants to direct, but when asked for specific information, she smiled and said, “I think I’ll wait to say more.”

Coco Rocha walked the carpet, too, ever aware of her poses and facial expressions in front of the flashes. Her demeanor was chill and amenable; she said “hi” to photographers and cracked jokes.

“You look amazing,” one reporter said.

“Thanks, I can’t move,” she replied, putting out the arms of her Balmain x H&M dress in front of her stiffly.

Ashlee Simpson, Jaime Chung, Yvonne Orji and Luka Sabbat also attended — the latter of whom wore an enormous Jesus piece around his neck. The beard was encrusted with diamonds.

One of the headliners of the evening, Richie, made her way down the row at around 9 p.m. Shahidi said “hi” to her and bowed slightly. They took pictures together, hugged and Richie walked off into the direction of the rooms. Shahidi gamely stood for more photos, grabbing Sabbat’s arm to join him for a picture — and taking an admiring gander at his chain.