Young Paris Is ‘Excited for Excitement’ at NYFW: Men’s

The NYFW: Men's ambassador opened up about his aesthetic at the Todd Snyder after party. 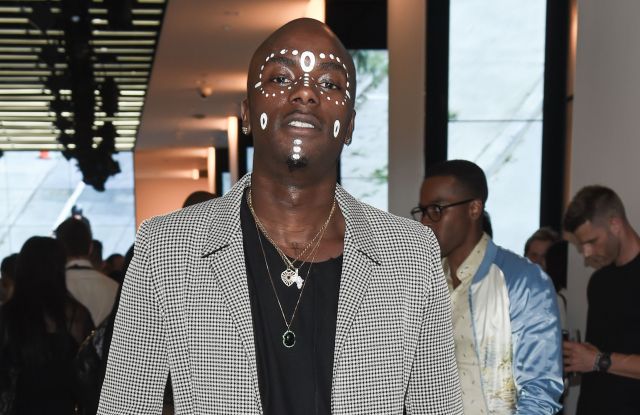 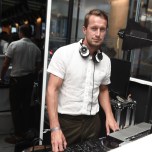 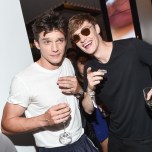 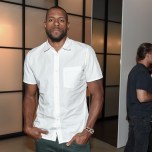 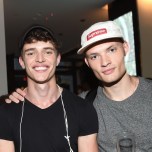 A mere 10 minutes in, the Todd Snyder NYFW: Men’s after party felt as though it had reached its peak. VIPs André 3000, Eric West, Matt Bomer, Andre Iguodala and Sean O’Pry had already come and gone. Even Snyder had skipped out and was apparently en route to catch a flight.

Yet entry into Cadillac House on Monday night remained highly coveted by apparent friends of friends. One publicist delivered the fatal “sorry, you’re not on the list” to an eager young man, who claimed to know people inside. In New York City, the guest list is Bible — even if the VIP list is not.

Inside, Young Paris, NYFW: Men’s ambassador, was enjoying the scene. Wearing his signature Congolese white face paint, the artist had already changed out of his Todd Snyder tracksuit and into a Public School suit for the party, but was ready to speak about Snyder’s latest collection nonetheless.

“It was cool, I love seeing the flow of pants and shorts,” he said. “That’s kind of my vibe. I like the simplicity of his collections.”

Paris added that he was also looking forward to tonight’s Raf Simons show. “I’m all about diversity,” he said. “I’m all about seeing different cultures and different aesthetics, what people bring to contemporary fashion. I’m looking forward to designers that are actually gonna push the edge a bit [and] just seeing where they think fashion is important today — whether it be ready-to-wear or things that just look cool. I’m just excited for excitement.”

He added that he likes to “push the edge” with his own style, which earned him a “wow” from Anna Wintour at the CFDA awards ceremony back in November. “I like to bring different colors and vibes together whether it be a tracksuit or a high-end piece or some luxury brands,” he said. “I just like to have pieces that complement my image. I have my face painted, so clothing that can go into my aesthetic. My style is a bit edgy, but it’s not too much and it’s not too little.” Balance, after all, is key.