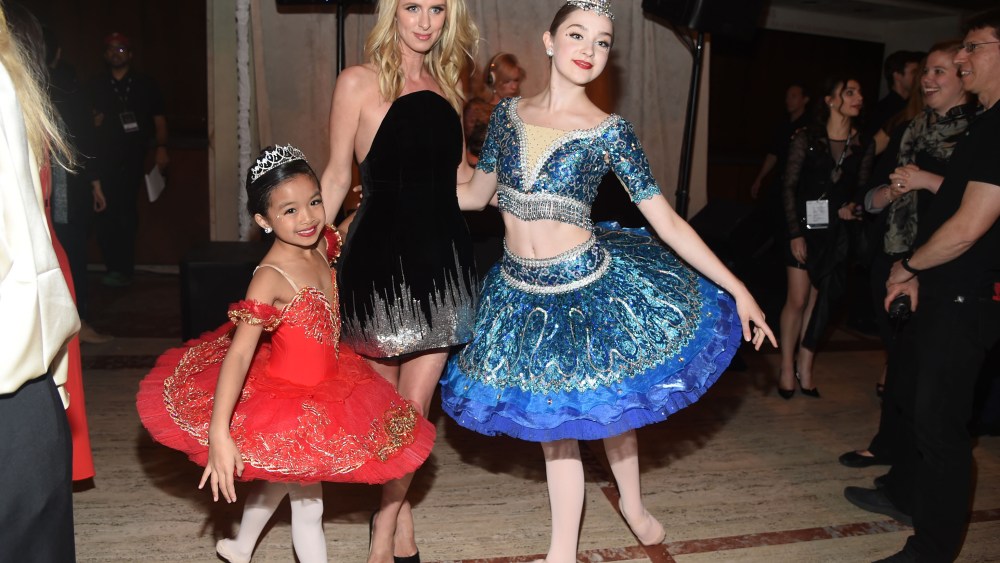 On Thursday evening, a band of young ballerinas in jeweled tutus carrying wicker baskets were snaking their way between the long rows of tables set up inside the atrium at the David H. Koch Theater at Lincoln Center. “We are collecting pledges,” beamed a girl from beneath her glittering tiara.

“Go take a photo with Nicky Hilton,” a guest instructed the girl, eyeing the blonde heiress sitting across the table from her. Naturally, she already had, and evidence was swiftly pulled up on a phone.

“Oscar always brought Laura and I to all of these ballet events, and his friendship with Mikhail [Baryshnikov] was definitely someone who he spoke about on a daily basis,” remarked Hilton’s date for the night, ODLR codesigner Fernando Garcia. “His love I inherited. I’m very happy to support, to be there, to see what new talent there is,” he continued.

The night was the culmination of the annual Youth America Grand Prix competition, which celebrates young up-and-coming ballet talent. Dinner had been preceded by a two-hour performance, which featured this year’s winners as well as appearances from established stars such as Cesar Corrales — whose presence on stage was met with a level of cheering more commonly heard inside a sporting arena — Tamara Rojo, Tiler Peck, Svetlana Lunkina and Evan McKie.

“I was very impressed by the guy with the flashing lights,” remarked Gracia, lauding David Parson’s 1982 choreography “Caught,” a strobe-lit performance which rendered dancer Ian Spring’s movements in stop motion.

Woody Allen filed past the designer, settling in next to wife Soon-Yi Previn and Karen Lefrak before descending on an appetizer tower of dolmas and pita. The event was billed as “dinner and dancing,” and the night did not under deliver. YAGP gala cochairs Ashley and Mary-Kate Olsen were already in the right frame of mind post-performance, pausing to jive to the Seventies female power ballads played by night’s DJ — Marjorie Gubelmann — before taking their seats.