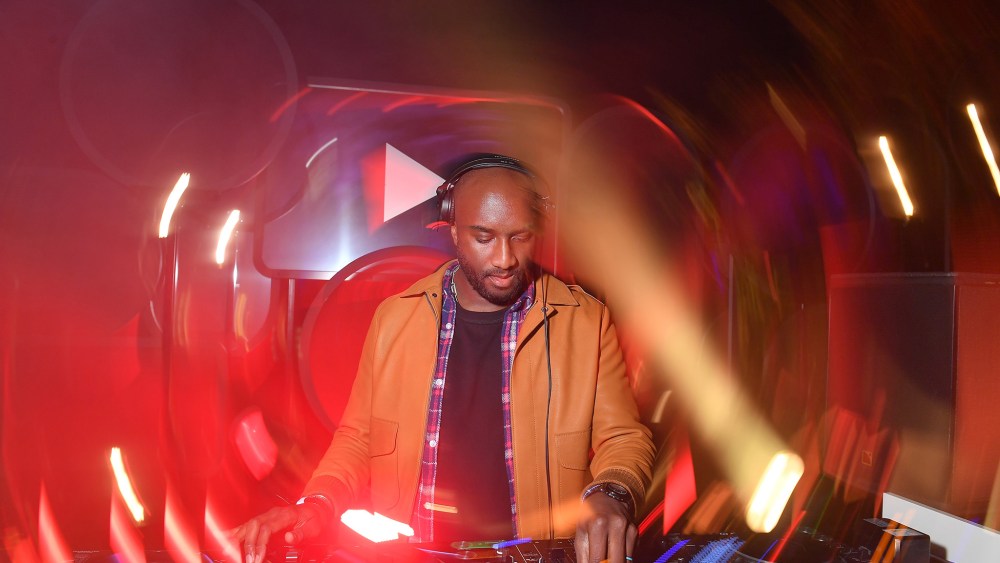 PARIS — Trust Derek Blasberg to turn the U.S. ambassador’s residence in Paris into the most exclusive nightclub in town. The editor and man-about-town gathered a who’s who of models and designers to celebrate the launch of YouTube’s fashion and beauty vertical with a party capped by a concert by Haim and a DJ set by Virgil Abloh.

The video-sharing platform hired Blasberg in June as head of fashion and beauty partnerships, a job category that includes Eva Chen at Instagram and Selby Drummond at Snapchat.

“I wish all my welcomes were held in embassies around the world, but I think this is more of a YouTube’s ‘welcome to fashion and beauty’ party,” Blasberg said as he stood beside the door, breaking off to exchange greetings with a stream of arriving and departing models, editors and socialites.

“The real job title is to create more, better fashion and beauty content on YouTube, so maybe we’ll lean into publications and ask them to do more YouTube videos. We’ll ask brands who are already creating such amazing content on other platforms to help with that on YouTube. We can ask fashion professionals, so there’s a lot of makeup artists that are doing very well on YouTube, but not a lot of fashion’s top-tier makeup artists, and hairstylists, and stylists, models,” he said.

“The greatest thing, I think, about YouTube is that it’s a real opportunity and platform for these people who work in fashion to control their own narrative and tell their own stories,” Blasberg added, noting that the platform is the number-two most-used search engine worldwide after Google.

“We are in the final processes — not yet signed — of announcing some channels of top-tier fashion professionals and brands, so it’s happening! It’s a welcome party, but we’ve done some work before tonight,” he teased, before heading off to shoot party footage with Kendall Jenner and Bella Hadid for his Instagram Stories.

For the designers in attendance, YouTube represents a goldmine of research material.

“YouTube has changed fashion in the sense that you have a platform where everything is accessible in one place, so you can look at a Visconti film from 1978, you can look at a documentary on Victorian photography. You can kind of find anything that you might be thinking about,” said Erdem Moralioglu. “I love it for watching old films.”

For Christopher Kane, YouTube is a natural extension of watching television when he was growing up. “I’m not bigging it up because I’m here, but I’ve always loved YouTube. I would look at fashion shows when I was a student and I’d be like, wow, I can see a Versace show from 1996,” he said.

“It’s so in-depth, but also, I still love that very candid approach, and I think we’re losing that a little bit. You look at it, and there’s, like, people falling down stairs, the comedy of that, next to something really serious, like a wartime film. So there’s so much contrast and I think that’s what’s so good — it’s a complete 360 and it’s very inclusive,” Kane added.