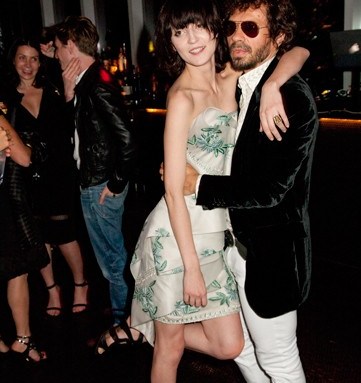 Fashion is about nothing if not change, so when the dinner Olivier Zahm and Thierry Gillier, founder of Zadig & Voltaire, hosted Tuesday night in honor of the brand’s Mercer Street store opening suddenly became cocktails at the bar and passed small plates, guests rolled with the punches. The reason? The winds on the outside area of Le Bain suggested freezing conditions for scantily clad girls like Dree Hemingway and Gaia Repossi.

Between sips of Champagne, a mix of editors and models Irina Lazareanu and Eniko Mihalik nibbled on mini bowls of orecchiette with onions and grooved to the deejay’s spinnings in Le Bain’s downstairs area.

“I’m on top of the world,” said Gillier, who was quick to dispel the common belief that Parisian girls have the monopoly on effortless chic. “The girls here [in New York] are all so short [in what they wear], so nude, it’s inspiring.”

“The girls here are so inventive—more than in Paris,” she said.