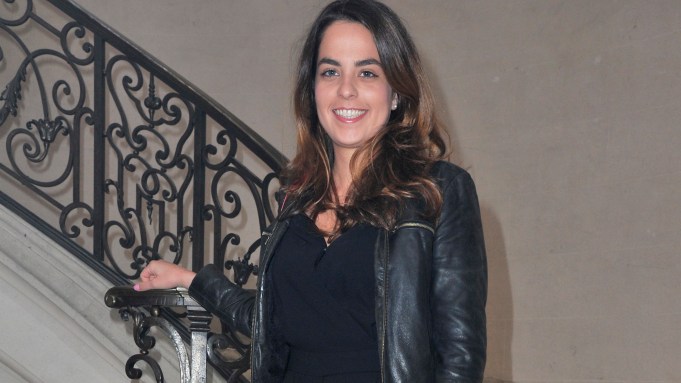 FRAGRANCE FOCUS: The perfume party on Thursday night for Zadig & Voltaire’s newest olfactive creations — one for her and one for him — was swarming with actors.

Mélanie Thierry, who is a star in “La Danseuse,” the movie by Stéphanie Di Giusto due out in September, said she has another project on deck with director Emmanuel Finkiel, which should start filming this summer.

“He is adapting ‘La Douleur’ by Marguerite Duras. I am Marguerite,” said Thierry.

So what was her first fragrance-related memory?

“The scent of a cake cooking in the oven at my grandmother’s house,” said the actress.

Perfumer Aurélien Guichard, who worked on creating Zadig & Voltaire’s men’s eau de toilette This Is Him! reminisced about a memory from when he was five or six years old in the south of France with his grandfather.

“There was a little cabin, where you had the smell of gasoline and dust, together with [jasmine] — it was amazing,” he said.

Malgosia Bela recalled when she first took a plane at 21 years old. “I went to the duty-free shop, and I put all the perfumes on me,” she said with a laugh. “Then I had a headache, a big headache.”

Ludivine Sagnier is partial to fragrances with a rose or orange flower base. The actress is in an HBO series due to air in October that was written and directed by Paolo Sorrentino.

“It takes place at the Vatican and is called ‘The Young Pope,’” she said, adding she plays the role of a fervent Catholic woman.

Karin Viard revealed she is gearing up for a theater production of “Vera,” which will open in Paris next March after touring other cities in France.

She also stars in the movie “Le locataire,” directed by Nadège Loiseau, which is slated for an early October release. Viard plays the mother of a family she describes as “dysfunctional.”

Cecilia Bönström, artistic director of Zadig & Voltaire, said the idea for the label’s new fragrances was to break from what already existed in the marketplace and “to find a balance of something really clean and something darker, more mysterious.”

Revelers at the fete, which took place in a stately Right Bank mansion near the Arc de Triomphe, wound their way through a warren of rooms. In one, they could apply temporary tattoos (à la Zadig & Voltaire, in the forms of skulls, hearts or wings), while in another they could dance to tunes mixed by electro-house DJ The Avener.