Celebrities turned out for the show and a dinner afterward, which offered views of the Colosseum and the Roman skyline. 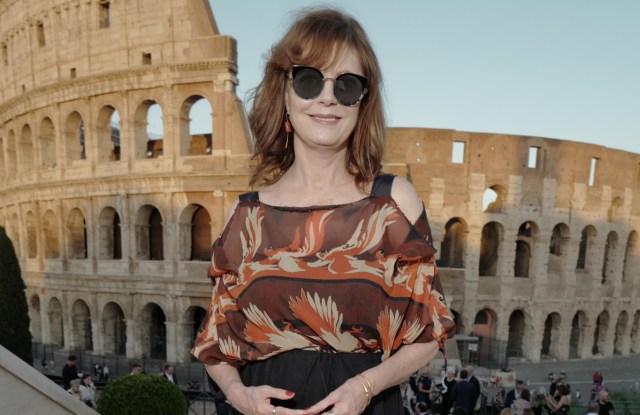 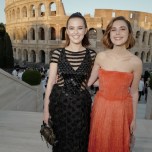 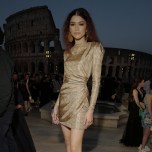 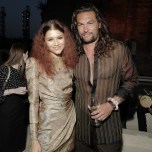 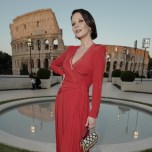 At the Fendi couture show, it felt like the good ol’ Cinecittà days — but with a group of Hollywood celebrities who cater to Millennials and even Gen Z. Case in point: Zendaya, who couldn’t believe her first time in Rome would allow her to have such a vantage point of the iconic Colosseum. “I am so excited and this is not a bad way to spend your first day in Rome; I am very lucky to be here,” she enthused.

And then some. The incredible stage of the show was all guests could talk about before the start.

“I have never been to any event as cool as this,” said Zoey Deutch, who just finished filming the first season of “The Politician” for Netflix and “Zombieland,” due out in October.

Kiernan Shipka said she was “surprised I got these two days off” as she is filming the “Chilling Adventures of Sabrina” for Netflix. “It’s so fun. She has definitely made me a better person in real life and it’s a really challenging role as an actor,” said Shipka.

“Rome is our little romantic city, just ours,” said Jason Momoa with a laugh. Accompanied by his wife Lisa Bonet, the couple were in Rome with their two children after a visit to Venice. “Even my hair ties are Fendi, everything I am wearing is Fendi except for my wedding ring and my underwear, ” he quipped. Momoa is producing a movie, but said it was “all still very secret.” He did say that he just finished filming “Dune” and that he was “doing a TV show for Apple.”

Luca Guadagnino was equally secretive about a new HBO project he is working on. He leaked the title, though: “We Are Who We Are,” to be filmed in Italy on an American military base and to be released in the second half of 2020.

Catherine Zeta-Jones said she had “goosebumps” walking to the show. “It’s an amazing setting and it’s fitting for Fendi, the memory of Karl [Lagerfeld] and the family vibe at Fendi. And I am very happy to be here with my daughter.” Asked about her passion for music, her daughter Carys said hers was a “very musical house” and that she loved to write her own songs and sing, but that for the time being this was a hobby, with her heart into acting “more than anything.” Her mother is nothing but supportive. “Try stopping her — she loves the craft, she doesn’t care about the celebrity factor and I encourage her to have a great life like I had,” Zeta-Jones said.

Also there was Susan Sarandon, who joined the growing trend of celebrities taking a brand’s junket to attend a fashion event, but then turning down interview requests.

The stunning views didn’t end with the show, as guests enjoyed a moonlit dinner overlooking the city.

He also paid tribute to Lagerfeld, recalling a meeting last September about staging a show at the Temple of Venus and Rome. “He would have been super happy about it [the show]. Thank you, Karl, for giving us this spirit.”

After dinner, singer Lion Babe sashayed on stage in a bodysuit, boots and blazer, belting out her version of “She’s a Lady.” She marveled and the setting and added, “Karl has left us and we celebrate his legacy tonight.”