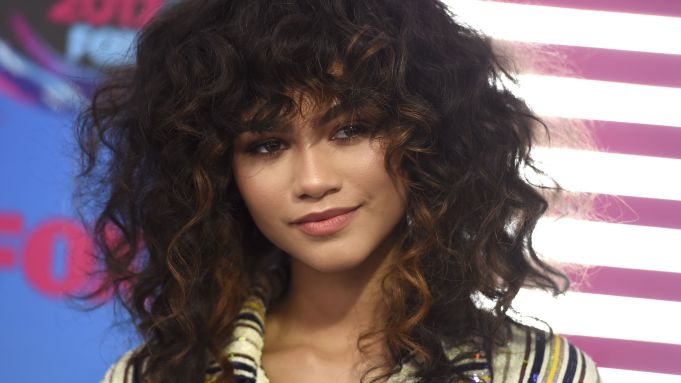 “It’s that one last hoorah before school starts,” said Kalani Hilliker of The Teen Choice Awards, which on Sunday night brought out a slew of young stars dressed in their brightest suits and frocks.

“The show doesn’t take itself too seriously. You really have a chance to enjoy the event and enjoy seeing friends. That makes great entertainment,” said past TCA winner Katherine McNamara, star of “Shadow Hunters,” who channeled the Sixties in a Moschino minidress, Brigette Bardot-inspired hair and Twiggy-style eyelashes.

People-watching on the blue carpet at USC’s Galen Center was indeed entertaining.
Jude Demorest, who plays the title character on Fox’s series “Star,” said her head-to-toe Fendi look was inspired by the moment Peter Pan “when he wakes up Wendy and she’s just ready to fly out the window. It takes a little bit [of work] to end up in stuff that you love and it’s a brand that I’ve admired for a long time.”

Demorest added that for once cost wasn’t a factor in her fashion. “I never know what I’m going to be coming out in when it’s time to get dressed on set because my character is on a real budget,” she laughed. “She uses USB cables as chokers.”

For Chandler Kinney, a first-time Teen Choice Award nominee for “Lethal Weapon,” the day was about taking it all in. “Everyone is really sweet. It’s really awesome to be nominated especially after one season. That’s super cool. This is the one show where teens get to voice their opinion and it’s all about teens,” she said.

“Because I’m the youngest person on the show, I get to take advantage of watching and learning. I get to ask all these questions. When you’re an adult they expect you to do your thing.”

Kinney, 17, said that she’s hoping to go to Yale one day like her costar Jordanna Brewster. “Outside of acting, Damon [Wayans] and Jordanna have been helping me a lot with what I want to do either when the show ends, hopefully four years from now, or if I’m going to try to do [the show and college] at the same time.”

For now, though, she was looking forward to Louis Tomlinson’s performance and Chris Pratt and Miley Cyrus’ hosting gig. “I know they’ll have fun together,” she said.