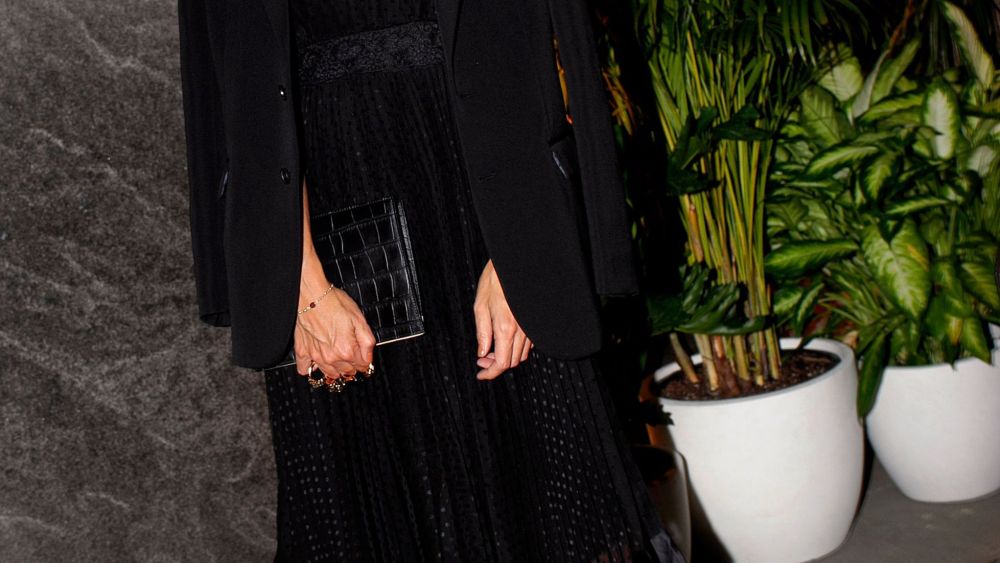 “This is a little bit of a surprise,” said Nicky Zimmermann, standing beside a floral shrub in the intimate courtyard in the back of Zimmermann’s new Madison Avenue boutique. “We knew it was here, but when we got the store it wasn’t all opened up. And so for us to be able to have an outdoor space, it was amazing; it was just one of those lucky things.”

Although the store has been open for a few weeks, the Australian designer and her cofounder and sister, Simone Zimmermann, had just arrived in New York, seeing the finished space for the first time earlier that day. They’d also recently opened boutiques in Paris and Capri, Italy, and have another forthcoming in Milan early next year.

“It’s very much our thing that everyone’s welcome,” said Zimmermann of their new uptown home in New York. “We never want to be intimidating, it’s meant to be like how we are — we’re not intimidating.”

The store was packed with guests enthusiastically decked out in the brand’s flowy dresses, including Katie Holmes, Nicky Hilton Rothschild, Katie Lee, Anh Duong, Athena Calderone and a swath of models who stopped by to offer their congratulations to the sisters before fittings for the upcoming runway shows.

“I’m locked in a studio doing castings, fittings, and working on running order. I’m in there with my design girls and it’s nonstop,” said Nicky Zimmermann, who was wearing a piece from the new collection for the dinner.

But before heading back to the studio, Zimmerman and the crowd moseyed a few blocks north for an al fresco dinner at the Met Breuer’s Flora Bar.

“I love coming to the Zimmermann dinners,” said Holmes, dressed in a black lace dress and seated at one of the two long tables. She’s been a fan since the brand made its mark Stateside. “What I love about their clothes is so many different kinds of women can wear it, and I feel it celebrates the intelligence of a woman, and also the free spirit of a woman, and the playfulness. So you can walk in and they have the leather piece if you’re going out for a date night, and they also have the beautiful floral pieces if you’re feeling poetic. I feel like they are very in tune with women of 2019.”

Like most there, Holmes’ week ahead is marked by even more fashion.

“I’m going to see some shows, which I’m really excited about,” she said. “I always think it’s such a great time of year because there’s this new energy to the city: kids are going back to school; the fresh designs; it’s exciting.”

And like the Zimmermann sisters, it’s back to work. “I’m putting together a film, and so that’s what I’m concentrated on right now,” she added.