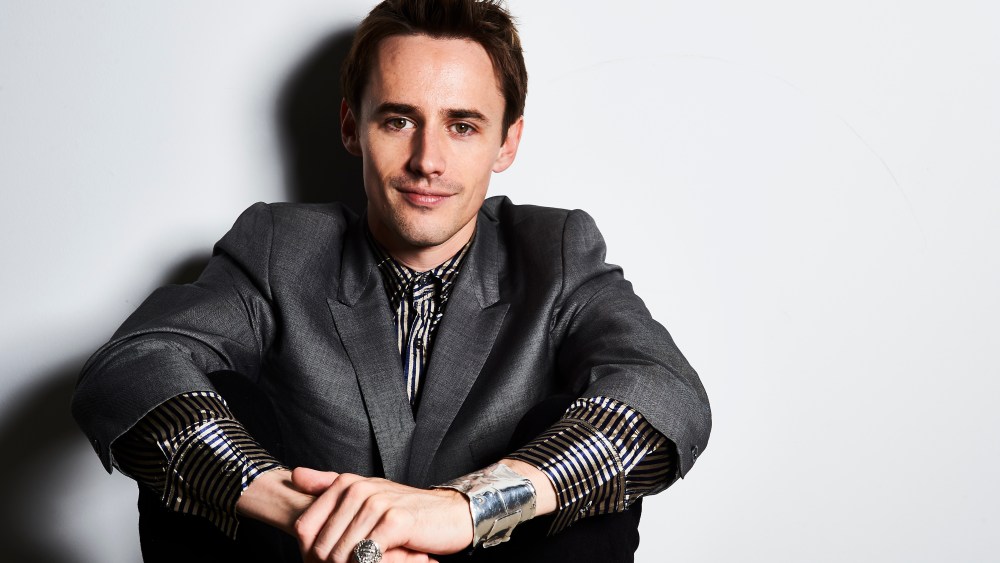 “Penny Dreadful” fans may still be lamenting the unexpected end of the critically acclaimed Showtime horror-drama, but those who tuned in every week to see Reeve Carney portray the immortal and ageless Dorian Gray can catch up with the actor tonight when he takes on another iconic character, Riff Raff in Fox’s “The Rocky Horror Picture Show: Let’s Do the Time Warp Again.”

Carney, 33, talked to WWD this week about becoming Dr. Frank-N-Furter’s handyman, his thoughts on fashion and his solo debut album, “Youth Is Wasted,” also out this week.

WWD: “Penny Dreadful” had its series finale in June, so when did you wrap filming and what have you been up to since then?

Reeve Carney: I wrapped filming I believe Jan. 8 of this year and I flew directly to Los Angeles and began rehearsals on “The Rocky Horror Picture Show.”

WWD: How long did it take to film?

R.C.: We had a considerable amount of rehearsal time, which was great and quite necessary considering I had to dance in heels, but I think only about three weeks of actual filming following about four weeks of dance rehearsals and four weeks of pre-production rehearsal during which time we recorded the soundtrack.

WWD: So far your acting career seems to be carefully selected roles. Do you get pitched many parts?

R.C.: I definitely do take care and consideration with the things that I like to be involved with and I guess I do have a certain taste for styles and genres. But at the same time I like to jump back and forth between as many varied projects as I possibly can. “Rocky Horror” is much more comedic, which for me has been a great challenge and a thrill having that opportunity to involve myself in something in which I had to play what I consider to be sort of like a gothic clown in a way.

WWD: Is that what drew you to the role of Riff Raff?

R.C.: I think so. My great-uncle is a very famous actor named Art Carney [of “The Honeymooners” and numerous other iconic roles]. I think he is one of the most brilliant comedians of all time and I don’t say that as a family member. There were actually moments in “Rocky Horror” where I thought, “Oh, wow, something about this feels like I can inject a little bit of Uncle Arty in this part.” I wonder if that will be apparent to anyone or not.

WWD: Do you feel torn between both aspects of your career, musician and actor?

R.C.: I don’t feel torn, I feel grateful to be able to involve myself in both things because I look at acting and singing sort of like waking and dreaming. To have the most enriched life that you possibly can, it’s important to obviously live life in reality and be awake, but also live life in the reality of your dreams. I think that they both feed one another.

WWD: Tell me about your solo album.

R.C.: I grew up in recording studios in New York with my father, who was a jingle writer in the Eighties and Nineties and then continued that with my brother and my sister in our bands together, Carney and then Reeve Carney & The Revolving Band. I grew up around a lot of different types of musicians and equipment so I learned a lot along the way. When it came time to make an album on my own I felt it was time to explore some of those things and employ some of those tactics I had observed over the years. I did actually play everything on this album and I wrote all the songs, produced, mixed and recorded it. It might sound a little crazy to do that but some of my heroes have done some of my favorite albums that way.

WWD: How long did it take to record?

R.C.: It was over the course of a few years sort of dabbling. I started it while I was doing Spider-Man [“Spider-Man: Turn Off the Dark” on Broadway]. I didn’t have a whole lot of time the last few years because I was working on “Penny Dreadful,” but that’s when I started building the skeleton of what has become the album.

WWD: What’s up next for you after promoting this album?

R.C.: I don’t think any acting stuff for the end of the year, but I’m going on two tours. That will end right before Christmas so I guess looking to hopefully find some acting things to be doing in the early part of next year, otherwise I’ll just go on tour again.

WWD: You definitely have a cool style of your own. Are you really into fashion?

R.C.: I’m a huge appreciator of fashion. For me it’s a mode of personal expression and it doesn’t have to do with the cost. The other day I bought a $2 Hanes shirt and my friend was like, “Oh man where did you get that, it’s cool.” I just cut a bunch of holes in it but I guess it made it look a little bit fancier in some weird way. I think in the same way you find a song that you feel represents the way you feel on the inside, that’s for me what fashion is all about. It’s sort of an external expression of an internal feeling.