Singer Evann McIntosh, 16, Is One to Watch

When 16-year-old singer Evann McIntosh got signed to her record label this past spring, it was over Zoom.

“I met everybody on that call,” she says of her team at Mom + Pop, the New York City-based indie label. “I didn’t have that whole experience of going to New York and all that.”

She was a world away from New York, in a small town outside of Wichita, Kan. It’s where she’s been quarantined and is calling from, chatting from her bedroom over video.

Taking a pause between every word, she says, “Kansas is different.”

As a kid, her father’s job in the U.S. Air Force moved her family around. She’s lived in California, Florida, Alabama and from the ages of nine to 13, she was abroad in Germany. Kansas, where her parents are from originally, has been an adjustment.

“To be immersed in this European culture and then be thrown in the complete opposite, it was really weird and a little confusing,” she admits.

In every destination, though, music was always a factor, a constant in her life.

“I was always writing, making stories or singing everywhere I was,” she says. She adds, “My favorite show when I was younger was ‘Hannah Montana.’”

The admission — referencing the 2006 Disney sitcom starring Miley Cyrus — is a reflection of McIntosh’s complete lack of inhibition when it comes to sharing her likes and dislikes. She’s unapologetically herself.

For that reason, as well as her maturity and vision for herself as an artist, she brings to mind another teen, Billie Eilish. So it’s no surprise when McIntosh lists Eilish, the 18-year-old who made Grammy history this year, among her influences (who also include Brittany Howard, Frank Ocean, SZA and Prince).

“I know she’s a big one for a lot of people, because she’s the artist right now, but she’s a big one for me,” says McIntosh. “When an artist’s music is really good, I like to look into them as a person. If I don’t think they’re all that cool, I kind of brush off the music. And she’s so cool. She’s so brilliant.”

How does she hope to be perceived? 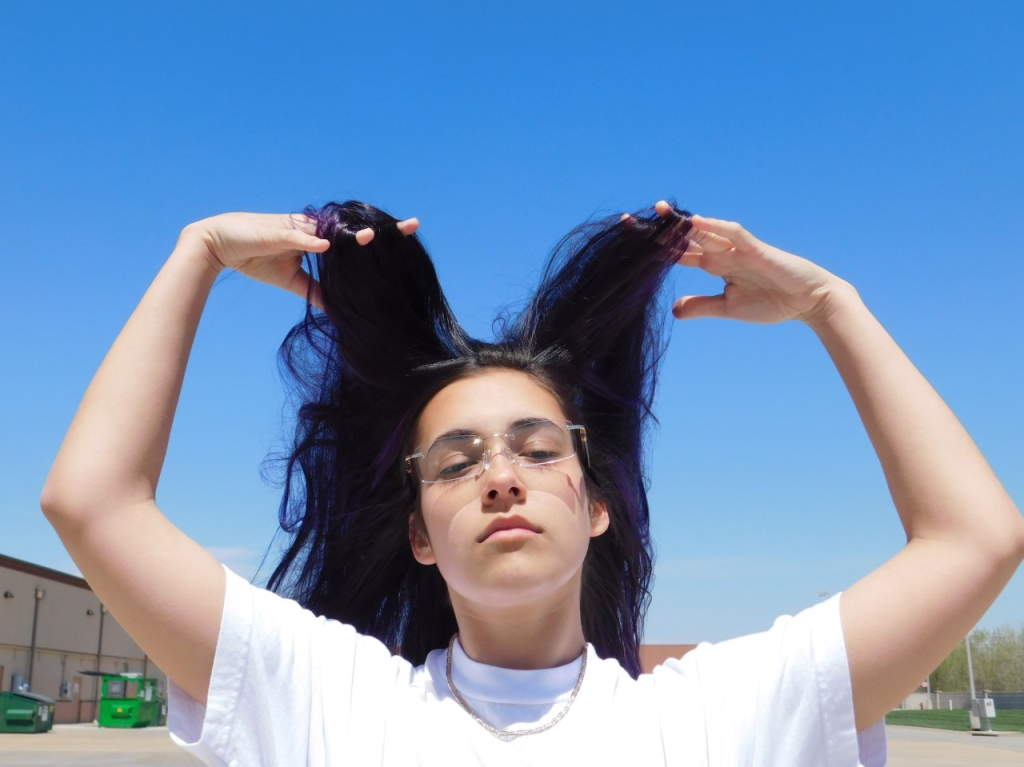 As a child of the Internet and social media, in true Gen Z form, she’s been building her audience on Instagram. She has more than 23,000 followers on the platform, a number she’s garnered on her own. She also has TikTok to thank, she says. She posted a video last summer on the Chinese video-sharing social network that got more than 100,000 likes. She’s earned 1.5 million total likes on TikTok, where she has 50 million views.

“Off that, I started getting more followers on Instagram,” she says.

Her first single, “What Dreams Are Made Of,” plays in the background of that TikTok video. The song is about the idea of a relationship, “a romantic thing,” rather than the reality of it, she shares.

“I tend to build this idea of somebody in my head and believe in that and idolize it,” she adds. “It was the first real song that I was super crazy about off that project.”

“That project” is her debut record, “Mojo,” self-released last year and streamed more than 15 million times. Her soulful voice, music, lyrics — they’re all her doing, with the help of producer Jesty Beatz. He had found her on Instagram long before she was signed, when she was making songs on her own using GarageBand.

“Everything’s been through Instagram,” says McIntosh, who’s managed by Kevin Lazaroff. “It can be a really brilliant thing. It’s a great way to find fantastic opportunities, because it’s filled with creatives. There’s a lot of great talent on Instagram.”

She’s been vocal in her support of the Black Lives Matter movement on the platform. During the chat, she brings up that Black artists have been “a huge” influence. 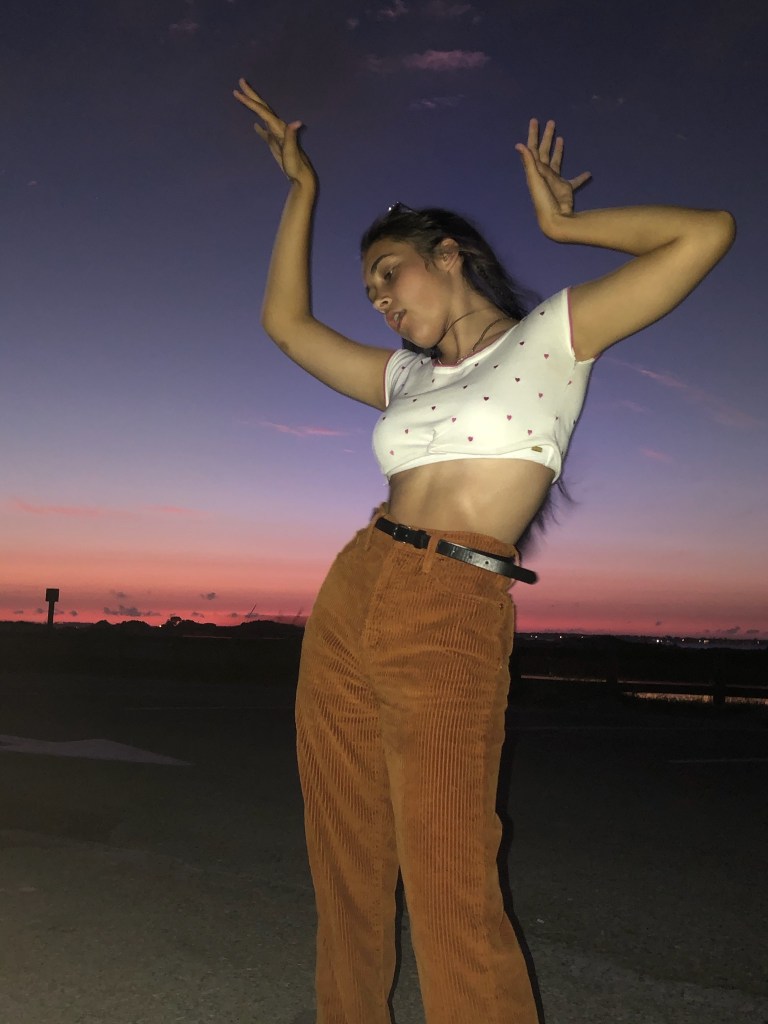 She picked up the guitar at the age of nine and began writing songs, little stories.

“It was always what the lead singer was playing, the lead of the band,” she says. “I really liked the idea of this very confident, bold person everybody looked at. That’s why I look up to Prince so much. He completely embodies that energy. I fell in love with what he was doing. He’s so androgynous and so feminine but still masculine at the same time. I thought that was really, really cool because nobody else was doing it like that. Most of the time, men are afraid of femininity, and it was really cool to see somebody being so out there with that.”

While “Mojo” is an R&B album, “I don’t want to be in a genre,” she continues. “I think that’s boring. I’d rather have the creative freedom to do whatever I feel like doing.”

From her bedroom in Kansas, she’s been constantly creating, moving from one music project to the next. If she isn’t out, she’s home in pajamas, McIntosh says, wearing a sweatshirt with an image of Earth and the words “hanging by a thread” written across.

“I don’t like to shop retail,” she says. Instead, she turns to Depop, the social shopping app, and her local Goodwill. (“It’s because I think it’s good for the environment….I don’t look for brands. If I think it looks cool, I think it’s cool.”)

She’s been collecting suits, she adds. “I like vintage [from the] Seventies.…I have a pink corduroy suit, a blue plaid suit. I’ve never felt more empowered than when I’m wearing a suit.”

Today, she celebrates the release of her newest single, “Wiyuld,” alongside an animated music video. And later this summer, “Mojo” will be released on vinyl via Mom + Pop.

“I can’t wait,” she says of touring with a live band. It was in the works before the pandemic hit, but plans have been moved to next year. Among other shows, she’s included in San Francisco’s Outside Lands festival lineup for 2021.

“I like gigs,” she continues. “I’ve always liked playing in front of people. I really want to know what that would be like.…I’m just excited to do it, wherever it is, in front of whoever.”