The British actor stars in the WWI film by director Sam Mendes.

First, George MacKay makes himself a cup of tea.

He’s been sequestered in a subterranean room at the Crosby Street Hotel for the first part of the day during a mid-December stop in New York, but he doesn’t seem to mind. There are few clues that the wide-eyed and wholesome British actor has been shuttling from city to city nonstop for the past few weeks. He’s too polite to express anything other than gratitude and offer up the spread of snacks and various beverages that has barely been touched.

“It’s been busy, but it’s been good, you know?” he says, taking a seat in one of the room’s whimsical chairs.

MacKay is the lead of Sam Mendes’ ambitious and anticipated World War I film “1917.” It premieres Dec. 25 ahead of a wider release on Jan. 10, but its first screenings in late November established the movie as an awards season frontrunner; it has since picked up three Golden Globe nominations for best film, best director and original score, and is likely to get similar nods from the Academy as well.

It all means that MacKay has been making the rounds, attending various screenings (Sarah Jessica Parker hosted one in New York Dec. 15) and participating in Q&As and other assortment of press that a big-budget studio movie requires of its stars. 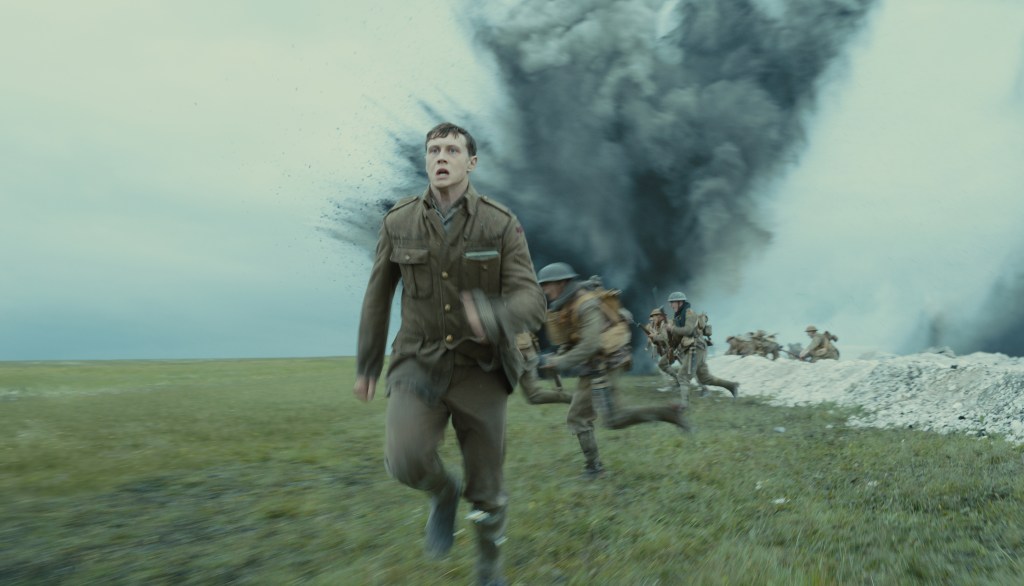 Facing the crowd after many of the screenings, MacKay describes the reception as warm and oftentimes emotional.

“Some of the moms I’ve spoken to and fathers have gone, ‘God, my son is 16, 17 — to think they’d be among all of that is…'” MacKay trails off. “When I watched [the film], it was quite emotional, because it made me very clear on who I love most in my life, and where I root myself.” For him, it underscored the importance of family. “I think it’s because as a human, when you go through extremes of emotion or physical extremes, it teaches you what you come back to.”

The 27-year-old actor’s lead-up to the film is impressive: he received the Trophée Chopard at Cannes in 2017 following his parts in “Captain Fantastic” and “Pride,” and was nominated for the BAFTA Rising Star award in 2014 alongside Dane DeHaan, Lupita Nyong’o, Léa Seydoux and Will Poulter. While he’s had plenty of well-received roles, “1917” marks a different level of exposure and scope of budget.

The movie was cowritten by Mendes, who was inspired by his grandfather’s stories of having to cross no-man’s land to deliver messages. While the film is firmly set in WWI — starting in the Allied trenches and traversing through enemy territory — it isn’t explicitly a war movie in the sense that the story is rooted more in telling the emotional truth of war rather than display the historical facts. 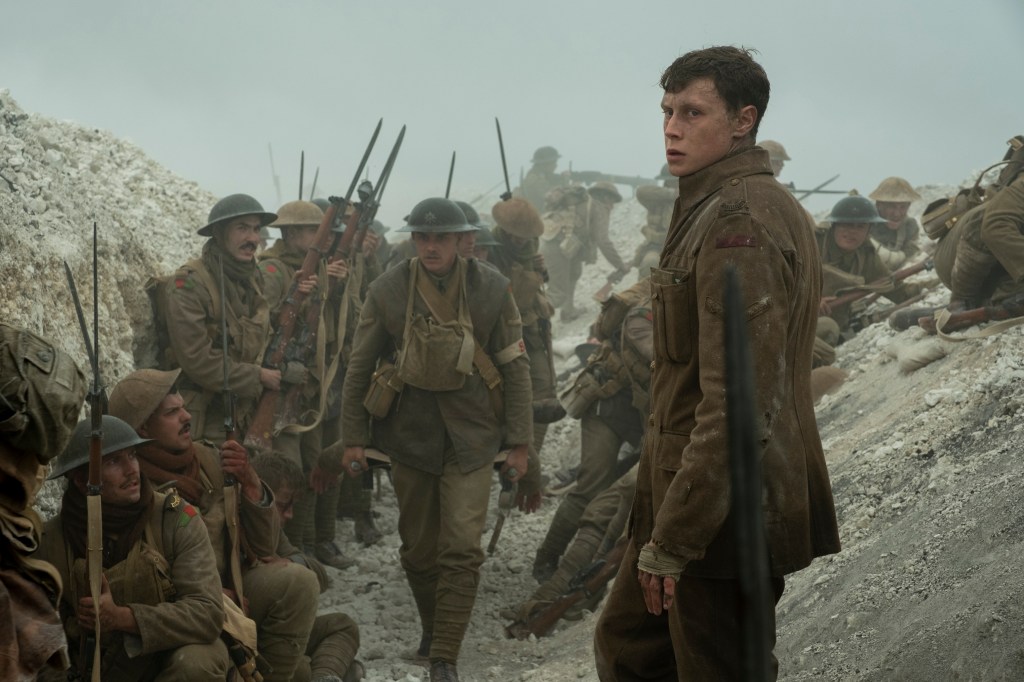 “You can’t emotionally bring yourself to truly invest in 10 million people; you have to understand it via the personal, you have to understand it via the individuals’ experience,” says MacKay of the film, which costars Dean-Charles Chapman, Benedict Cumberbatch, Andrew Scott, Richard Madden and Colin Firth. “Life is a huge and beautiful and massive thing, but you only know it via yourself and those close to you, and this offers an experience to get closer to two people so as to experience that time in history.” 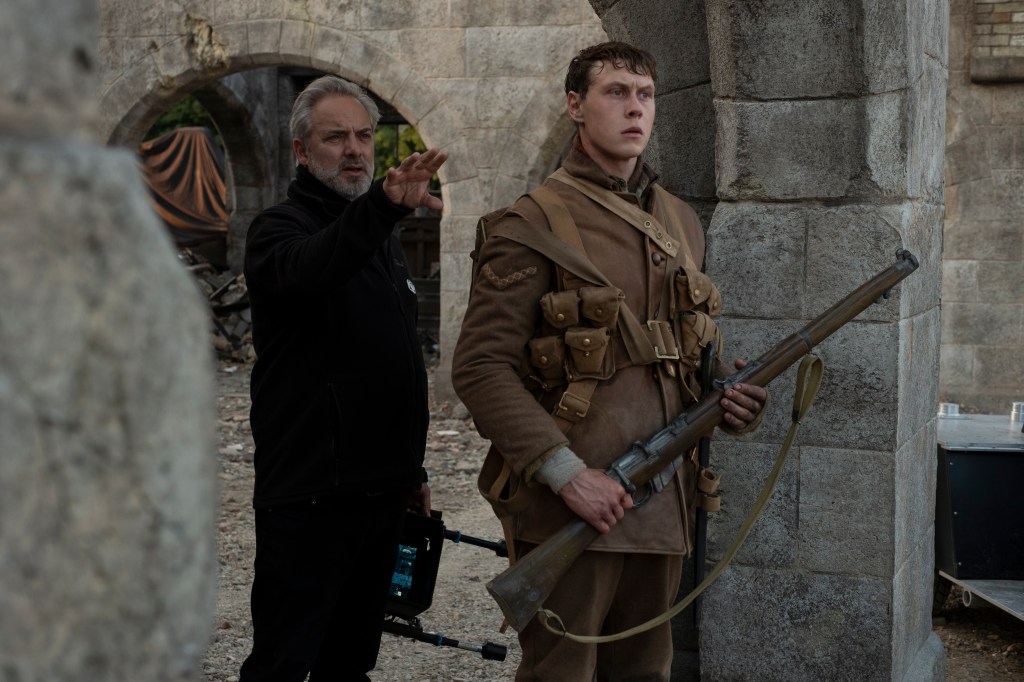 The film, which rehearsed for four months before shooting began, was a process not unlike that of the theater, which MacKay has strong ties to — his father worked as a stage manager and his mother as a costume designer — and hopes to explore more in the future. The movie used multiple cameras but has been edited to appear as if it were all shot in one take — similar to the critical darling film “Birdman.” Given that, and just as the theater requires performers to be “on” day in and day out for each performance, the movie required MacKay to channel a similar level of commitment throughout rehearsals since the pacing had to be so exact.

“I said,” — MacKay lowers his voice to a whisper — “‘Sam, this is quite difficult to keep at it, I don’t want it to be dead, I’m not sure how to keep going with the emotion.’ And he said this, sweetly, but went, ‘That’s your job — to make it feel real every time and remember that for the audience watching it it’s going to be the first time they’re seeing it, so it doesn’t matter that you’ve felt it a number of times, you have to keep feeling it.'”

While MacKay is in the thick of things ahead of the film’s release, the start of 2020 promises to be just as busy. He’s the lead of “True History of the Kelly Gang” with Russell Crowe and Nicholas Hoult, out in February; the movie premiered to positive reviews at TIFF in September. He also has “A Guide to Second Date Sex,” out Feb. 14 in the U.K. His next project hasn’t been revealed, and in the meantime MacKay is headed home to London for the holidays.

“Catch up with family and friends, spend time with loved ones; I moved into a new flat recently so the last few months have just been nesting,” MacKay says of his forthcoming plans. “Just being with loved ones.” 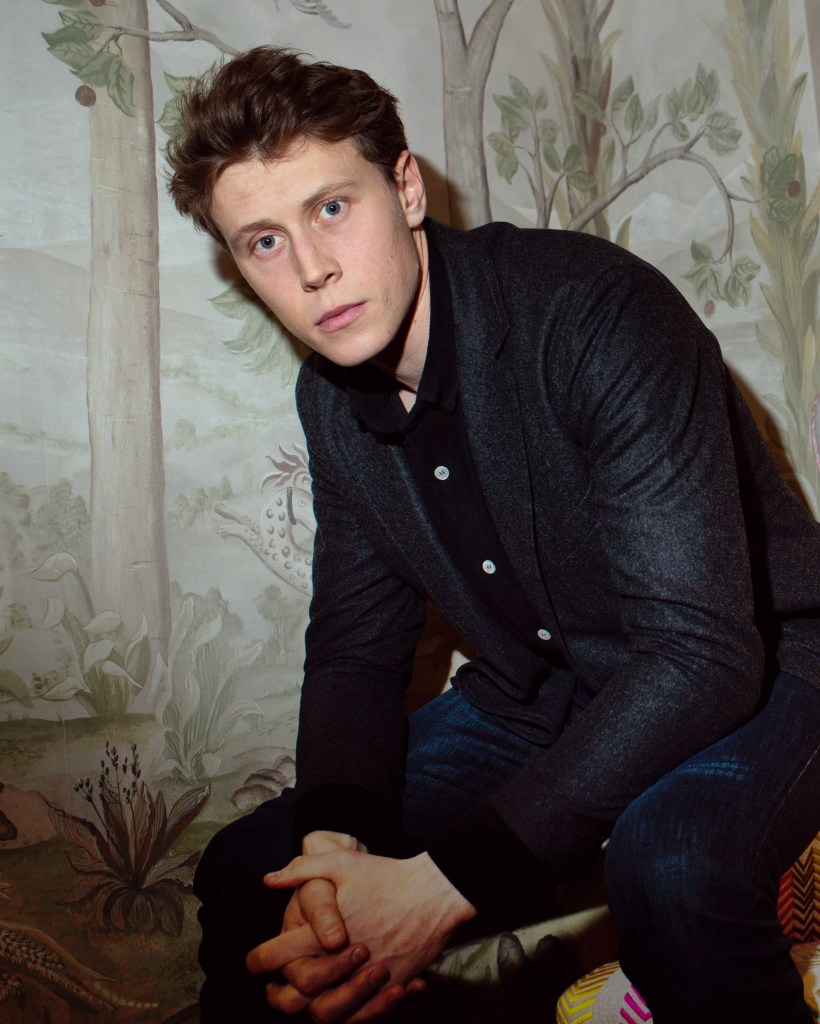