The celebs, designers, and even a government official, who worked the red carpet this year. 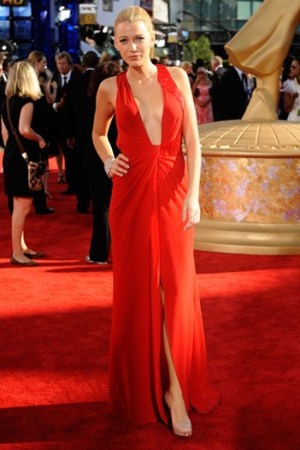 No one ever said being famous — or trying to be — is a 9-to-5 gig. For many, slipping into a borrowed gown and hitting the step-and-repeat is just part of the job description. Herewith, WWD presents some of the hardest working partygoers of 2009. On to 2010.

Editor’s Note: The number of appearances are approximate. Results were tallied from an unofficial Eye team review of party coverage and there could be many more appearances not counted — as well as many more ubiquitors. You know who you are.

Daphne Guinness
The eccentric social donned her most outrageous couture and hit the party circuit with vigor to promote her new fragrance, Daphne, and short film, “Mnemosyne.”
Total: 16

Rose Byrne
While not yet a household name, the fair-faced Aussie and the star of “Damages” was a tip sheet mainstay.
Total: 20

Madonna
After a several-year hiatus from the New York social scene, the Material Mom was a party regular and never without her entourage, including boy toy Jesus Luz.
Total: 9

Valentino
Not one to rest on his laurels, the retired-but-not-retiring designer went out with a vengeance to promote the award-winning documentary “The Last Emperor” about himself.
Total: 14

Lake Bell
Having not yet hit leading-lady status, Bell might stand to work more and work it less.
Total: 24

Marc Jacobs and Lorenzo Martone
As talk abounded that they were taking a trip down the aisle, the couple took several strolls down the red carpet.
Total (together): 20

Jason Wu
Riding high on his Michelle Obama endorsement, the designer embarked on a campaign of his own.
Total: 24