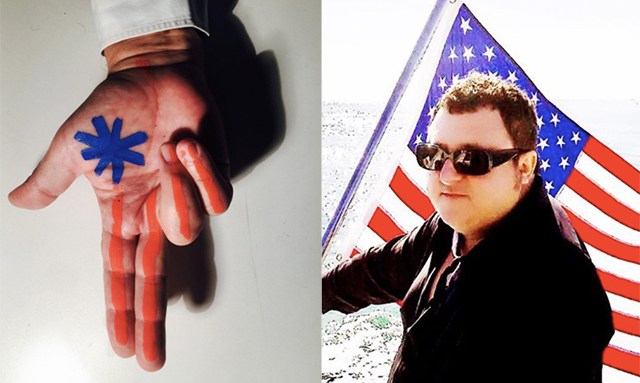 After one of the most controversial and vitriolic campaigns in recent history, Donald Trump has been elected as the 45th president of the U.S. In his victory speech, Trump had conciliatory words for his opponent Hillary Clinton: “Hillary has worked very long and very hard over a long period of time, and we owe her a major debt of gratitude for her service to our country.” He pledged that he would be “president for all Americans,” and later wrote on Twitter: “Such a beautiful and important evening! The forgotten man and woman will never be forgotten again. We will all come together as never before.”

Such a beautiful and important evening! The forgotten man and woman will never be forgotten again. We will all come together as never before

Many celebrities and fashion personalities shared their reactions to the 2016 U.S. Election on social media. Bella Hadid tweeted: “This is so f–ked up.”

This is so fucked up.

Ellen Degeneres wrote: “.@HillaryClinton, however this ends tonight I am so proud of you and so honored to be your friend.”

.@HillaryClinton, however this ends tonight I am so proud of you and so honored to be your friend.

Katy Perry first tweeted “Gonna cry my false eye lashes off tonight,” then added: “Do not sit still. Do not weep. MOVE. We are not a nation that will let HATE lead us.”

Lady Gaga, whose current Twitter username is #VoteHillary, wrote: “🙏say a prayer America” and later added: “In a room full of hope, we will be heard. Nothing can stop us. With @deray #blacklivesmatter Stand up for kindness, equality, and love.❤️🇺🇸.”

Madonna, who on Monday night held a surprise pop-up concert in New York’s Washington Square Park to support Hillary Clinton, tweeted: “A New Fire Is Lit 🔥 We Never Give Up. 🔥We Never Give In’ 🇺🇸.”

And while Canada’s immigration and citizenship website crashed this morning, the country’s official twitter account wrote that “In Canada, immigrants are encouraged to bring their cultural traditions with them and share them with their fellow citizens.”

In Canada, immigrants are encouraged to bring their cultural traditions with them and share them with their fellow citizens. pic.twitter.com/MOuStZbSX7

Simon Porte Jacquemus posted a black triptych on Instagram, and wrote a message addressed to fellow French citizens ahead of the next French presidential election: “VOUS AVEZ JUSQU’À LA FIN DE DÉCEMBRE POUR VOUS INSCRIRE POUR LES PROCHAINES ÉLECTIONS. AGISSONS CONTRE CES EXTRÊMES. POUR NOS LIBERTÉ ET POUR NOTRE PAYS FAITES PASSER LE MESSAGE. 23 AVRIL 2017 / 7 MAI 2017 [You have till the end of December to enroll to vote for the next elections. Let’s act against these extremes. For our freedom and our country, spread the message. 27 April 2017 / 7 May 2017]

Alber Elbaz posted a selfie with an American flag, accompanied by a series of hashtags like #newchapterforus, #healthenation and #buildbridgesnotwalls, while Fausto Puglisi wrote: “Sorry but i have so much clothes from you but i Never know That you so much an idiot.”

Jean-Charles de Castelbajac posted a picture of a hand simulating a gun and a stylised U.S. flag: “BANG! BANG! YOU SHOT ME DOWN!+ #usa,” and Bobby Abley followed suit:

Sibling’s Cozette McCreery wrote: “America. Your majority disgust me. Britain. Your majority disgust me. You want change? You all voted primarily not for politics but for a change filled with anger. Well, that change will come. Viva la revolution! #dumptrump #blacktuesday #election #president #brexit #hungergames #cometherevolution #therevolutionwillbetelevised THESE ARE NOT MY PEOPLE ❤️.”

Anne-Valérie Hash posted a snapshot of CNN announcing Trump’s victory, and wrote: How do I explain this to my children?

Photographer Nick Knight posted a screenshot of a Whatsapp conversation where he was commenting on the outcome:

Italia Independent’s Lapo Elkann was one of the few who didn’t share negative comments; he posted a picture of Donald Trump and wrote: “We like him or Not we can only say Good luck MR . President and wish and hope he does a good job for the USA and the World.”