The Spanish actress in Cannes wore a jewelry set showcasing the biggest Swarovski Created Diamonds ever worn on a red carpet.

Penélope Cruz in Chanel with pieces from the Atelier Swarovski MoonSun collection.

CANNES, France — Possibly the sole A-list actress walking the 2019 Cannes Film Festival red carpet in jewelry they designed themselves was Penélope Cruz. Made from fair trade white gold set with three pear-shaped rocks respectively weighing between 2.3 carats and 3.05 carats, the one-of-a-kind matching ring and pendant earrings worn by the Spanish actress to the premiere of Pedro Almodóvar’s “Pain and Glory” represented the largest Swarovski Created Diamonds ever to be worn on a red carpet.

The collaboration marks the continuation of a creative partnership between Cruz and Atelier Swarovski that began with a conscious-luxury fine jewelry collection presented in Cannes last year, followed by a crystal-based fashion jewelry collection, MoonSun, launched for spring 2019.

“I’m fascinated by what this represents, because Swarovski and De Beers are the only brands doing this. I’m very proud when I wear them, because they’re totally clean,” Cruz said in an interview with WWD the day after the event.

The actress was involved in every step of the design process, saying of the MoonSun collection: “I wanted the delineation to be a little more rock ‘n’ roll; you can wear just one or 20 together and wear it with a dress or with jeans and a T-shirt.” The new one-shot set, meanwhile, will go on sale on June 6 in Harvey Nichols in London.

Billed as a conscious-luxury alternative to mined diamonds, using responsibly sourced materials and methods, Swarovski Created Diamonds are grown under laboratory conditions that echo the natural growth of a diamond. According to Swarovski, the stones have the same optical, chemical and physical attributes as mined stones. The crystal specialist is looking to leverage its legacy as master cutters — with a gem stone division since the Sixties — to position the Atelier Swarovski brand as a relevant player in the fine jewelry industry.

On what distinguishes a lab-grown diamond from a mined diamond, Swarovski compares it to “a greenhouse-grown orchid [being] identical to its wild counterpart,” sharing in a statement a 2018 ruling by the American Federation Trade Commission stating that, “A diamond is a diamond, no matter whether it is grown in a lab or comes out of the ground.”

Cruz, for one, is convinced “more and more brands are going to want to go in that direction, because the clients are going to ask for it.”

“There is hopefully this movement of more awareness,” she said. “The [climate crisis] is affecting everything. Only two years ago, you didn’t hear anything. Now, everywhere you go, you hear children saying, ‘Look, somebody has thrown plastic on the floor, or the beach or the desert.’ The plastic thing is one of the biggest problems. That’s not related to what [Swarovski does], but everything counts,” added the actress.

On attending the emotional premiere for “Pain and Glory” alongside Antonio Banderas, meanwhile, Cruz, who recently wrapped filming the Olivier Assayas-helmed spy thriller “Wasp Network,” said: “Both of us are very close to Pedro, and also both of us have known each other since I was 18. Pedro looked at me last night and was crying, with the standing ovation, and he said to me, very quietly, ‘It’s so important to me that you both are here with me in this moment.’ 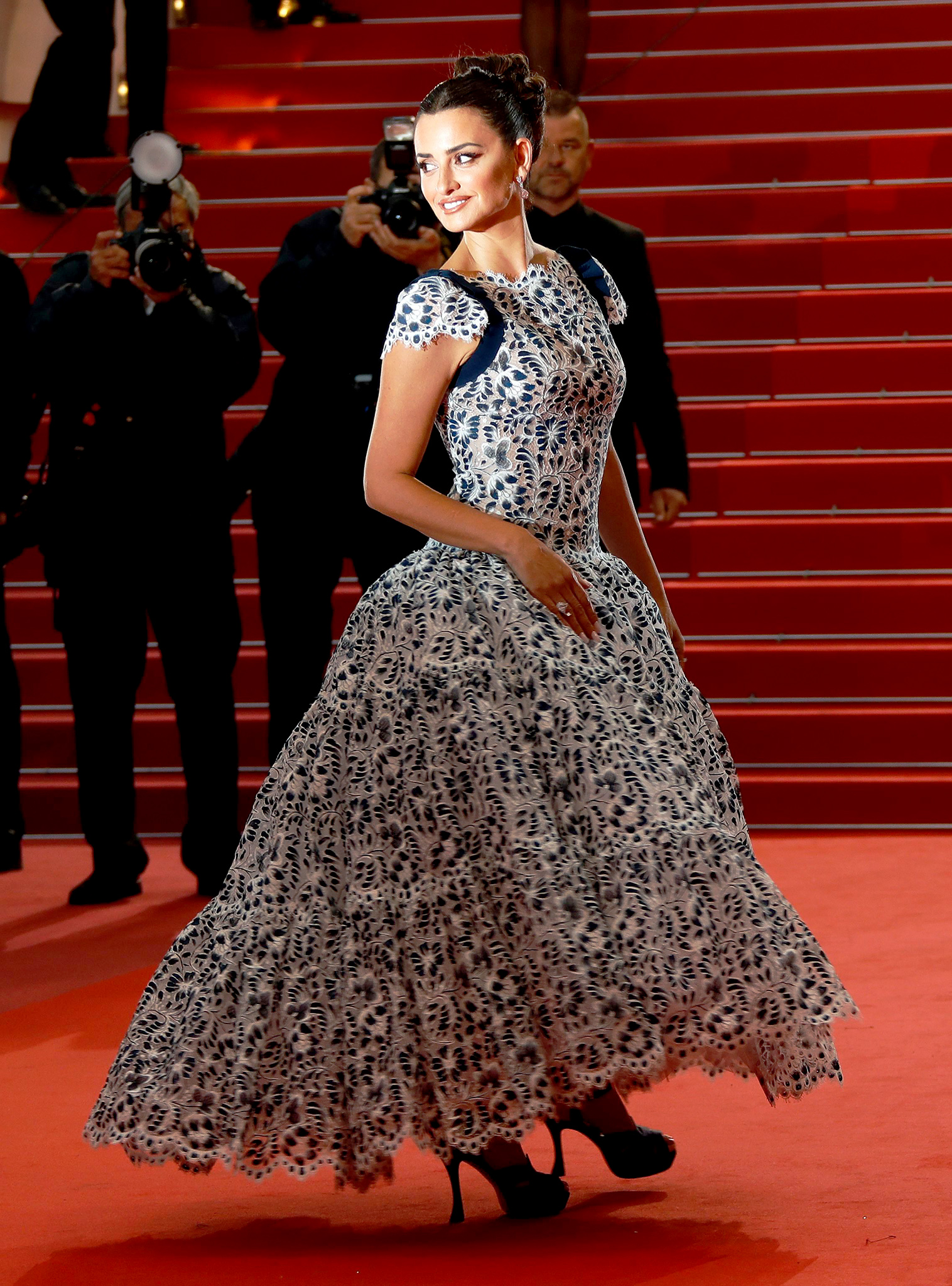 “It was one of those moments that you remember forever because the way that he said it was so true,” added the actress, who plays Almodóvar’s mother in the film. Banderas, meanwhile, plays a character loosely based on the director — a mix of fantasy and reality, exposing all of Almodóvar’s vulnerabilities.

“He asked me to play his mother and I didn’t hesitate. It’s a supporting character, smaller than the roles I have played in his other films, but such an important character for him, it was an honor to do it,” Cruz said. “I’m very grateful to him for all the opportunities, and I can’t wait to work with him again.”

“This movie was important to him because there is a lot of himself in it, his life….Not everything in the movie is true — the heroin, he didn’t go to live in a cave, but, as a friend, I knew about many of the things because he had told me,” she continued. “I was surprised and shocked that he was going to put it in a movie. I admire that he has been able to do that, because it’s his own life.”