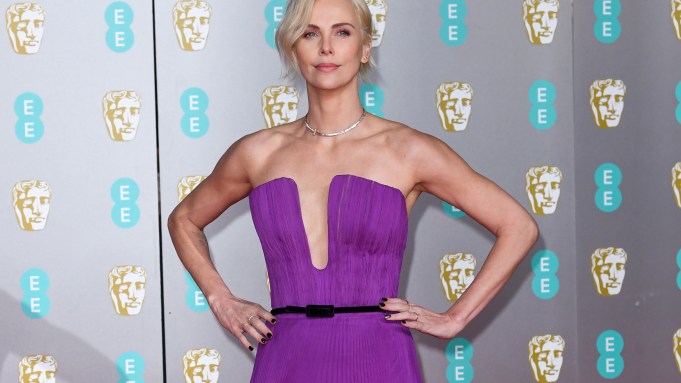 LONDON — The BAFTAs are in their 73rd year, and they’ve gone green.

The annual film awards ceremony made a number of changes this year, such as doing away with goodie bags, banning single-use plastics, making its red carpet from sustainable materials, serving vegan starters and most importantly, encouraging stars to re-wear or rent their outfits.

Whether stars actually took that message to heart, they did take the black-tie dress code quite literally. The red carpet was awash in all-black looks, with a smattering of white and some high-shine sequins.

Robbie is among the nominees for supporting actress for her role in “Bombshell” and “Once Upon a Time… In Hollywood.” The latter movie has 10 nominations in other categories including Best Film and Original Screenplay, with Leonardo DiCaprio one of the candidates for leading actor.

“The Joker” is the movie with the most nominations  — 11 — including Best Film, Adapted Screenplay and Cinematography. Joaquin Phoenix is in the running for leading actor. Phoenix arrived on the red carpet in a black Stella McCartney suit, which he wore last month to the Golden Globes. It’s now the third time he’s worn the ensemble to an awards ceremony.

Prince William and Kate Middleton, who are patrons of the BAFTAs arrived not long after. The Duchess stuck to the sustainability theme and re-wore a white and gold Alexander McQueen couture gown from her 2012 official visit to Malaysia.

In a speech, Prince William also spoke about diversity, which was a talking point before the awards ceremony started for its all-white line-up of nominees.

“I know that both Pippa, chair of BAFTA, and Amanda, ceo of BAFTA, share that frustration and continue to work tirelessly to ensure that creative talent is discovered and supported. BAFTA take this issue seriously and following this year’s nominations, have launched a full and thorough review of the entire Awards process to build on their existing work and ensure that opportunities are available to everyone,” Prince William said.

While black looks may have rocked the red carpet, Zellweger wearing Prada and Johansson wearing Versace arrived in shades of pink, and Theron wore a strapless purple Christian Dior gown.