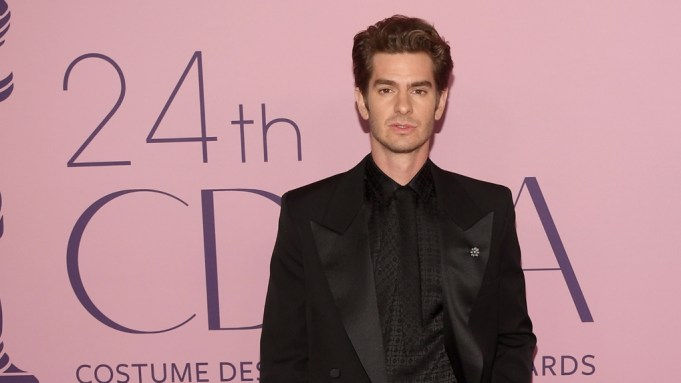 “I’m so angry,” he said, noticeably emotional, after being introduced by “Tick, Tick…Boom!” costar Judith Light. “I’m so upset, because I wasn’t supposed to cry this evening and Judith just made me do that. I’m just so surprisingly overwhelmed and touched to be in this room with my community and so many collaborators I love and I value and I’m just so lucky to know. And to be honored by the angel on earth that is Judith Light is a moment that will keep me going for the next 30 years.”

In the world of television, the Sci-Fi/Fantasy category went to Shawna Trpcic for “The Book of Boba Fett,” the Period trophy was given to Sharon Long for “The Great” and the Contemporary award was won by Patricia Field and Marylin Fitoussi for “Emily in Paris.” Excellence in Variety, Reality-Competition, Live Television was awarded to Tom Broecker and Eric Justian for “Saturday Night Live.”

The Costume Designers Guild — a union launched in 1999 of professional costume designers and illustrators working across the arts and entertainment — also honored costume designer Sharen Davis, known for her work on “Dreamgirls” and “The Help,” who received the Career Achievement Award; producers Amy Pascal and Rachel O’Connor, who won the Distinguished Collaborator Award, and B Åkerlund, who took home the Short Form Design prize for “Welcome to Wonderlab.”