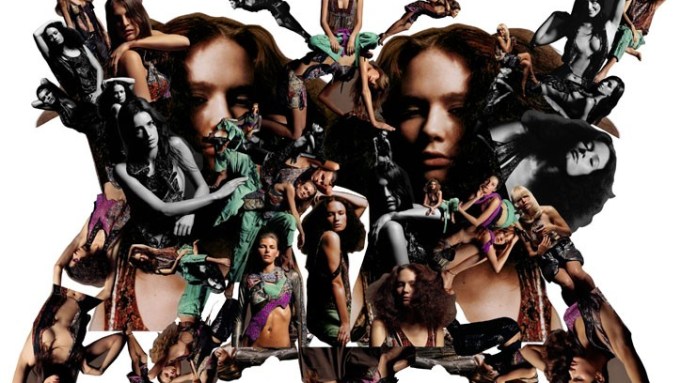 If you have opened a fashion magazine, or any magazine for that matter, over the last decade or so, you’ve seen the work of Inez van Lamsweerde and Vinoodh Matadin, known in the industry simply as Inez and Vinoodh. The Dutch photographers (partners in work and life) are the creative eyes behind such contemporary imagery as the Balenciaga, Yves Saint Laurent, Lanvin, Yohji Yamamoto and Chloé ad campaigns, and editorial work that regularly appears in French Vogue, V, The New York Times and W. Starting Friday, a retrospective of 300 of their photographs from 1985 to 2010, titled “Pretty Much Everything,” will be on view at Amsterdam’s Foam Museum through Sept. 15. Next year, Taschen will expand on the exhibition with an epic tome of 666 photographs accompanied by original fiction by A.M. Homes. Here, van Lamsweerde speaks on behalf of the duo about its work — past, present and future.

On being labeled fashion photographers: We love what clothes do to build a character in your picture. There’s something that I find fascinating about the language of clothes. It’s kind of like a set of codes that everyone universally understands. A lot of people say, ‘Oh, I’m not into fashion. I don’t care about what I wear.’ But when they go for a job interview, they wear something different than [what they would wear] just to go work in the garden or pick up the kids from school. You are saying something with what you wear.

On her favorite models: Raquel Zimmermann, Daria Werbowy, Kate Moss and Anja Rubik. They all have this huge range. They’re mature, they’re grown up, they’re women who have had a life and experience. For about five or six years now we haven’t shot anyone under 18 for that reason, but also for the fact that we feel that the modeling business should not promote girls working under 18. They’re not out of school, their bodies aren’t developed yet, they don’t have a sense of self yet, sometimes they haven’t had sex yet. It’s hard to project all these things on someone who hasn’t had that experience.

On shooting celebrities: I actually love it. It’s like a conquest each time. It’s kind of like — I don’t want to say seduction, but it has that part to it. I never really try to talk someone into doing something they don’t want to….We usually have an idea ahead of time what we would like to do, what our fantasy would be on a celebrity, what part we would like to bring out or change. Usually I get quite a good sense in the first five minutes as to how much they want to play with you and how open they are.…The sitting is no longer than 15 to 20 minutes. A lot of people say that they feel hypnotized after they shoot with us because it’s a very, very, very focused, short period of time. Usually within the first five frames I have the picture.

On her dream subject: I would love to shoot Prince. I’m a fan. I think he’s inspiring and I love the way he moves his body and I think he’s a genius. And since there’s no more Michael Jackson, I would say he’d be the one.